I am setting a string during the EventBeginPlay that I want to get during an ActorOnClicked event. This is all within the same blueprint and I don’t understand why it would always return Null.

the variable dont have on clic event
what you want to do?

I don’t understand what you mean by that the variable does not have on click events?

I want to get a variable and send it somewhere else whenever the Actor blueprint has been clicked. But the variable that I want is being generated during the EventBeginPlay, and when I get it and use it as input during the other event it will show up empty. It’s like it doesn’t know the other events exist. 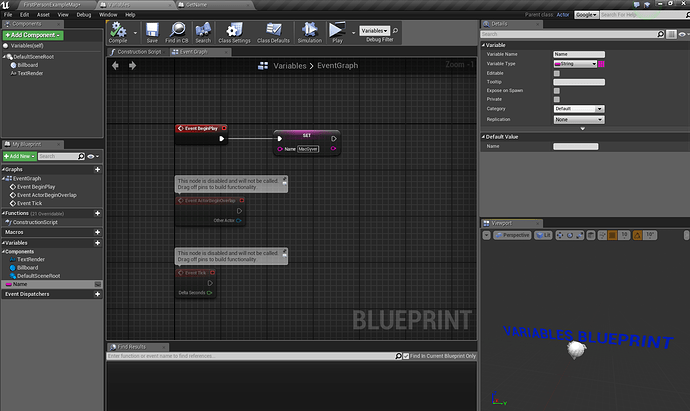 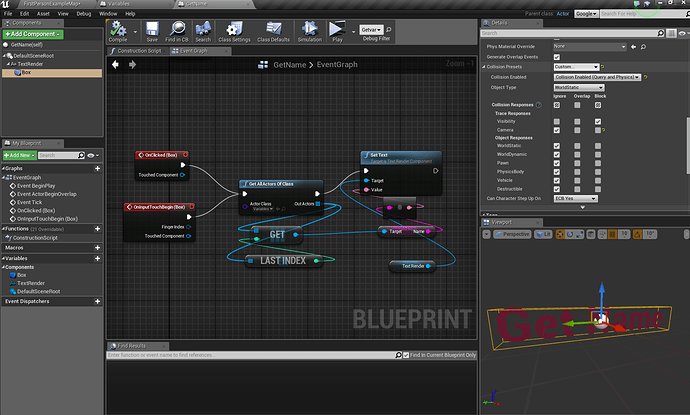 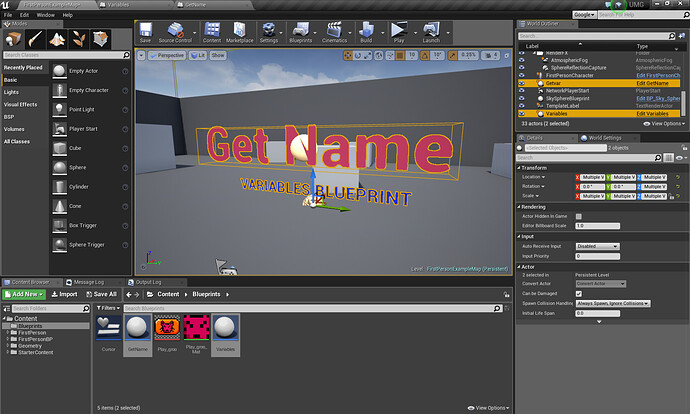 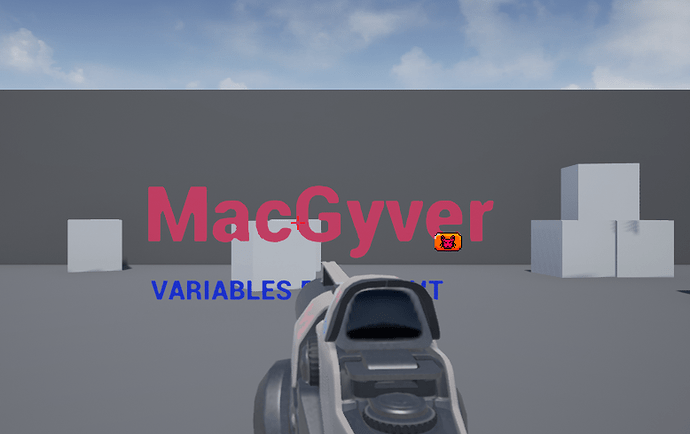 First of all, thank you very much for all your trouble and work!

You are very kind.

Second of all, I’ll try to explain myself better:

The thing is not that i don’t know how to set a variable in a different blueprint
I don’t understand why it doesn’t work in the same blueprint: 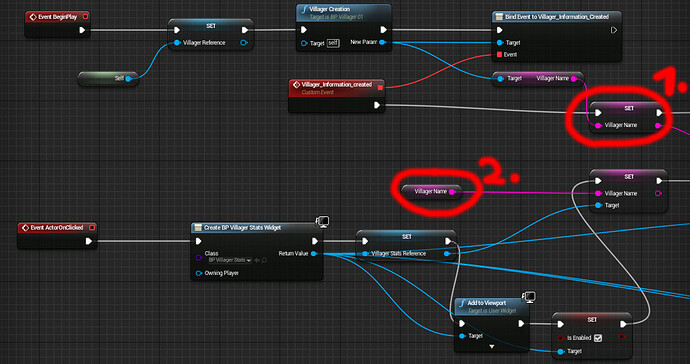 Are you sure that the Village_information_created event is being called? You could put a breakpoint on the Set Village Name node and see if it’s triggered before you click on the actor.

Yes, it will get called before I will ever have the chance of clicking on the actor.

If it’s definitely called, is there anywhere else that could change the value of Village Name back to null? An empty Set node somewhere?

Check The ator colition
and add the touch event

I’m having this exact same problem. Did you ever figure it out?