How can I get a Transform value (health system)?

I have a healthbar above my head: 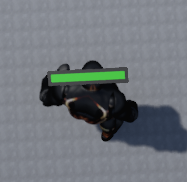 But after the bar has gone down to 0, it starts going out the other side when I get hit so I want the actor to destroy when the green bar is at 0, I tried this but nothing happened: 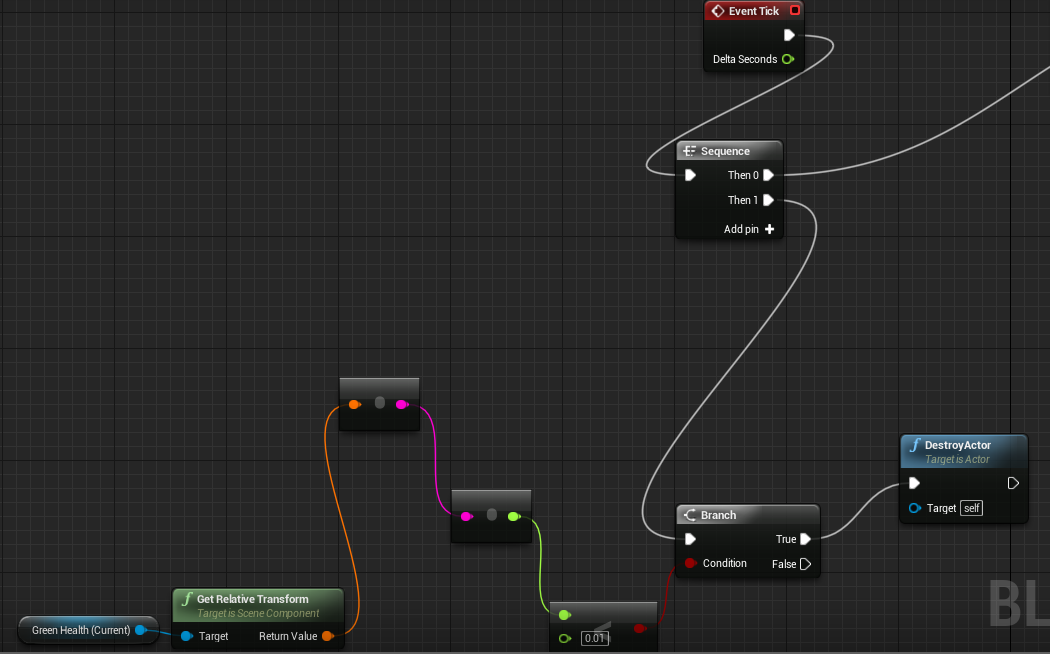 Your setup is very weird, why don’t you make float varable for health and update UI based on it, instead of using transform data of UI as a health system? Because issue here is probably caused by casting, before “<” node, you cast Transform to String and then you Float, did you check what is resulting float? If you used single float for health it would be a lot easier, but if you want to keep it that why why don’t you break transform in to axis and get one that represents health?