How can I check if actor was spawned by another actor or by level?

you could do it like this:
Create a boolean variable and set it to expose on spawn

Then set up your begin play like I show below

Then when you spawn your coin, check the box for the boolean you created 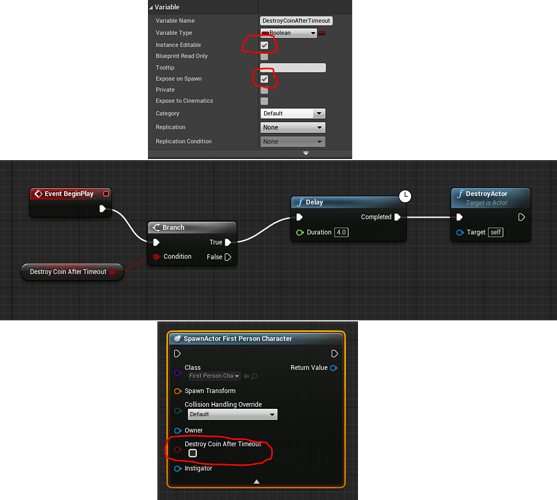 Thank you, that’s exactly what I needed!