So there’s a video in Unreal channel about hover component (Adding a Hover Component | Live Training | Unreal Engine - YouTube) that dosen’t work, I already google it and read all the comments, but none of them really helped.
Can someone give a light on how to make work??

Hello Zukoku. I’ll try to explain it best I can using a hovering vehicle I made. Before anything though Id recommend watching videos as it explains how the hovering component works really well. Space Dust Racing UE4 Arcade Vehicle Physics Tour - YouTube 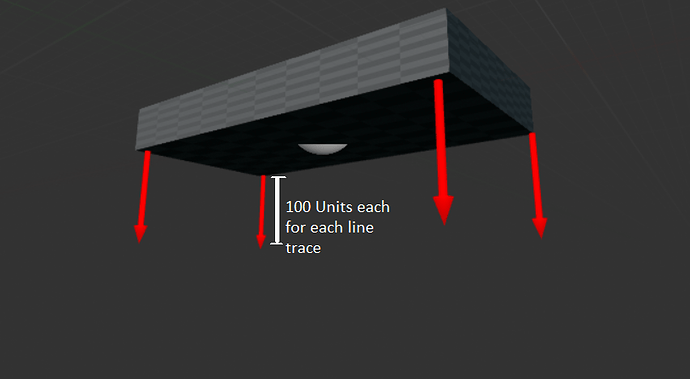 In this vehicle I have 4 line traces with each of them having length 100.

You then add a force component at each of the location. I showed the whole bp in case you would like to copy it.

Thanks man, that really helped

If you wanted to create a single hovering object similar to that in the video you first posted then I believe you can use a single LineTrace and then in the physics detail panel you can lock the rotation about the and x and y axis so that it only rotate about the z axis while hovering. Also the Hover event above is a custom event so it’ll have to be called 4 times for each ‘suspension’.