I originally made this game with XNA using BEPU Physics: 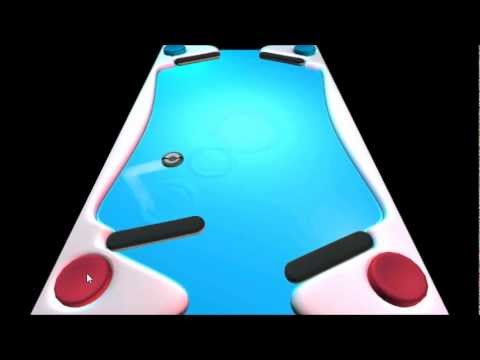 I Never released it because I felt it was missing a few things that would have made it fun, namely a random force push in a random location near the center that disrupts the somewhat tedious gameplay. The force push would have a geyser visual with lots of particles that can be hit for added points. It was meant to be a simple game and things were getting a little too complicated with my amateurish coding.

Here is what I have in Unreal so far: 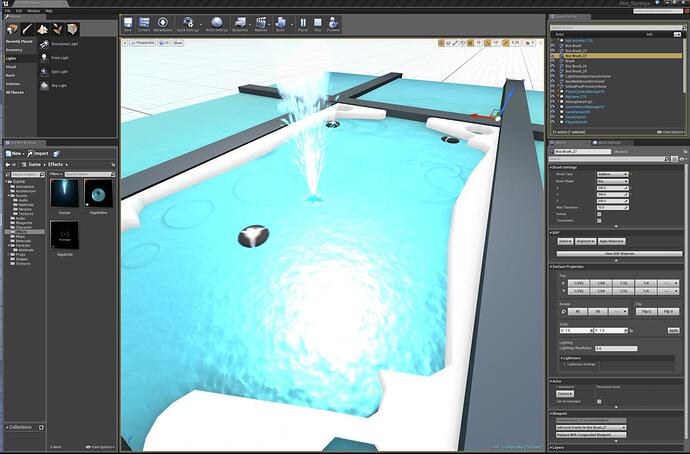 There is no video yet but I can say the geyser particle system is so much easier to create.

Next up I will add the flippers and buttons.

This is the current video of my progress: puck still passes though the flippers on occasion, but its getting close. Let me know what you think. 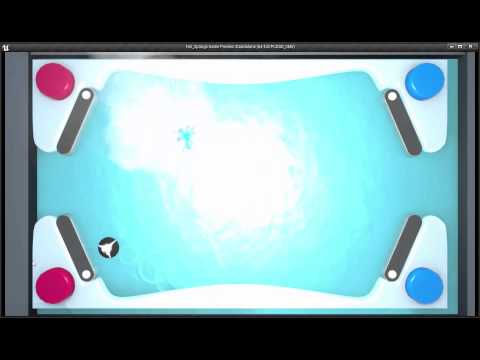 Very cool idea RyanGadz! I like having the geyser particle system in the middle to help speed up the game. Be sure to keep us updated as you progress though the development of Hot Springs!

It doesn’t show it quite yet but the geyser will push the puck towards the edges and then roll toward the flippers so you can time a shot more like pinball. (This is why the edges are curved the way they are)

At the moment the geyser is just an explosion not a sustained force.

Sorry about that. Got to typing too fast. Meant to say I like the idea of having the geyser

I’m still having a lot of trouble with the physics. CCD is on and my sub-stepping time is set to 0.016667 with 16 max substeps.

The flippers are now constrained with a hinge and use motors instead of simply setting their rotation. I played with various velocity clamps to the puck but still no luck.

Anything else I can try? 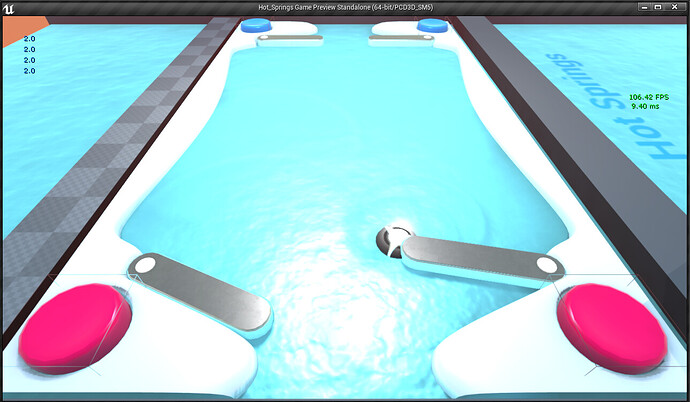 Edit: After setting up physics forces for the flippers I realized I was still adding non-physics velocities to the puck. Taking off all clamping and velocity seems to have fixed the problem, although there is a lot of tricks that need to be done to prevent the puck from stopping in corners and slowing down to an unplayable speed.