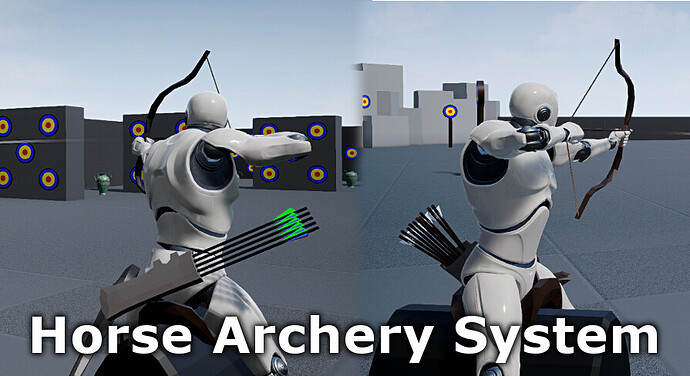 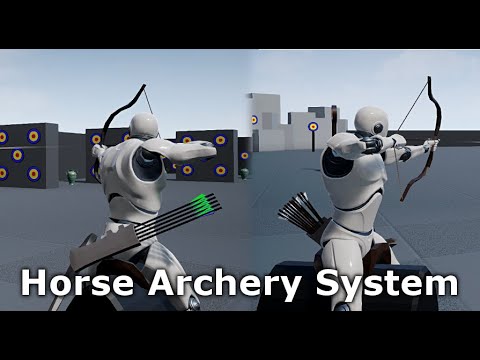 Ready and released on the Unreal Marketplace now!

Added left handed archery for aiming to the right. You can now shoot in a 360 arc with no blind spots.
The Demo has been updated as well. 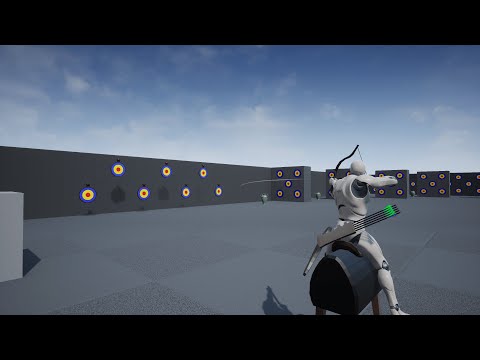 Minor bugfixing. Improvements to the animation transition after depleting last arrow while left-handed.
​​​​

How to swap the mount

The mount is just a dummy stand-in for whatever mount you want the archer to sit on. The horse is the name but it shoud work with a donkey, tiger , bear, dragon, pretty much anything that has a space to sit on. I even made a big dog mount as a test. It was quite adorable.

The process works reliably and shouldn’t take much longer than 10 minutes:

It should work now, at least for me it does.

You should pay close attention to:

Are you planning to add the ability to mount a horse? It is not yet clear to me how I can combine this with my character.

Are you planning to add the ability to mount a horse?

I don’t have any mounting/dismounting features. I doubt I will have the time to add it any time soon if at all. Currently the character spawns a mount and attaches to it automatically. If you want to use a character on foot you have to disable this part of the blueprint and make your own logic which attatches the character to a mount on your own terms.

Is there support for other weapons? I want to add a gun aimset so I can swap between a gun and the bow