We are Pocket Sized Hands. We’re a small team of 7 students and have managed to get on board two Major Games companies as mentors!
Today we will be pitching our Idea to them inside VR and livestreaming it to them.
We decided on doing the pitch in VR (made in unity(the game is in UE4 but the pitch we’re using unity)) to show off some ideas and concepts a little bit more fluidly. We have their permission to live stream it on twitch and thought we would share to show off a little about our idea and show what it is like to pitch to a games company.
Here is a link for the live stream
which will be on from 1520 (BST) / 0720(PDT) / 0820(MDT) / 1020(EDT) on the 10/21/16.

We would love to get some feedback and for people to check out the stream. (we will post the VOD of it later tonight too)

We will also be keeping this thread up to-date in our development.

Hello everyone. We have a bit of a update in terms of development on Honeypot Espionage. We will be exhibiting the game at a local science festival this weekend so have been working hard to get a stable build for that.

We have a wee bit of concept art for the characters that are currently being developed below. 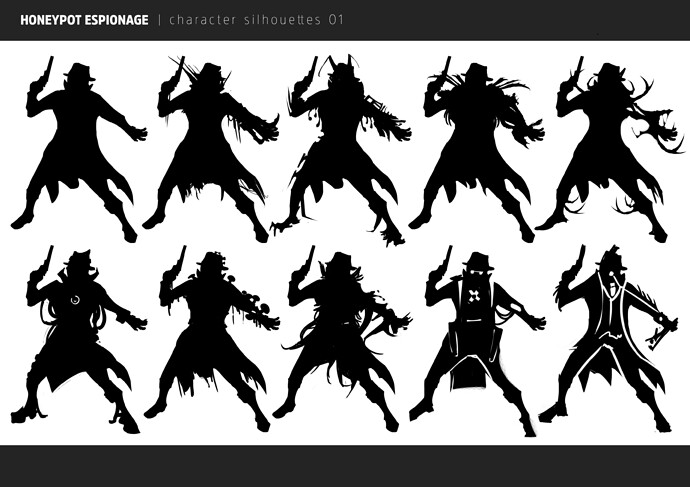 We also have a recording of the pitch that we made to Microsoft and Russian games several weeks ago on YouTube. So you can get a more full explanation on what we are trying to create.

We have been making quite a few developments over the past week. We had been running into several problems with getting the multiplayer features to work as we wanted with the motion controllers but we believe we had manged to get it to work as we expected.

As mentioned in the last post we we’re going to show off some progress at a local science festival. We made a little mini space shooting range game, where kids could come along and draw their own targets that they wanted in the game. Here’s some game footage from the mini game: 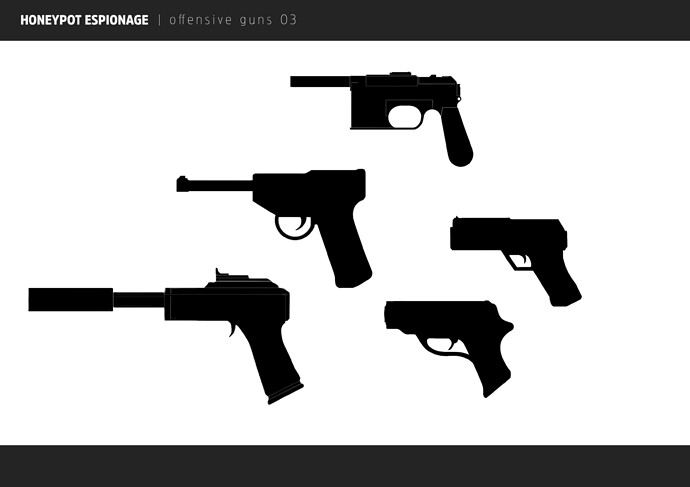 Now that we have resolved our issues with getting some of the multiplayer to work, progress on the multiplayer gameplay should come together nicely and we should have something to show off and play test very soon!

We’re finally managed to get togeather a first reveal teaser trailer for Honeypot espionage!! We’re also heading along to VR Connects in London on the 16th and 17th of January 2017 if anyone wants to come have a chat about the game.

We’ve beginning to ramp up our assist generation since the release of our teaser trailer. We’ve also managed to secured a Steamworks partnership so the game will be coming to steam in either Q4 this year or Q1 next!

But here’s our current base box art that’s been worked on:

As well as our character heads.

Hey there! It’s been just about a couple of weeks since our last update, but we’ve been making lots of improvements and additions to the game in the lead up to getting the playable prototype (which will be finished this week!). Here’s what we’ve been up to:

In order to get a more realistic representation of what players look like in game, we are using inverse kinematics. The bones in the player’s skeletal mesh are placed based on the positions of the head mounted display and the two motion controllers that the player holds. Unfortunately, we have no way of tracking lower half of the player’s body. controlling the lower half of the body with an animation would look either too janky, or would take too long to make look right. We’ve opted for just removing the lower half of the body in order to keep things simple for now.

When teleporting in the game the player will now leave behind a trail so that other players can see roughly where the player has come from and where they are going to for a brief period of time. This is going to be used to make players think about the movement that they are going to make before they make it, and whether it is worth revealing yourself to make the move you want to make.

As well as this there is going to be a teleport decoy. This will appear as a regular teleport to other players, and can be used in order to trick enemies into revealing their positions.

Wwise is a powerful tool for video game audio. It allows audio personnel a vast range of choices and parameters for in game audio events. For Honeypot Espionage this is perfect due to the game being stealth based, it will require any jump you can get on your opponent. When you are within the game you will be looking out for movement of enemy players and teleportation. As well as this, audio will also play a key role in finding your enemy. For instance-when you materialise from your cloaking you will hear your cloak being deactivated as well as vice versa, this will be heard by nearby players which will make you think twice about moving fast. As for teleportation and firing these will be significantly louder allowing your enemy to hear you if you make a mistake. These will all be put into a 3D spectrum within Wwise which will give them direction parameters for pinpoint accuracy. This will further the experience and assist the players within game.

Recently, the art style for the game had to have a bit of an overhaul. For this reason, the art team have been reworking assets and refining the style.

We should hopefully have a full gameplay video made and edited for two weeks time.

Been a while since we updated here but we still working on the game! With Honeypot Espionage being playable on the EGX floor on two booths! This is though theUK Games Fund Tranzfuzer program and Abertay University’s Dare Academy. We can’t wait to be able to bring the game to such a large event to get some great feedback and have people playing the game (finally!).
The second announcement is that we will be taking the game over the Seattle as a world finalist of the Microsoft Imagine Cup where we will pitch the game directly to Microsoft!

Over the past week, we began working on our main menu which is aimed to be completed in the next 2 weeks.

and a new game map

Alongside developing a tutorial / scripted single player aspect to the game 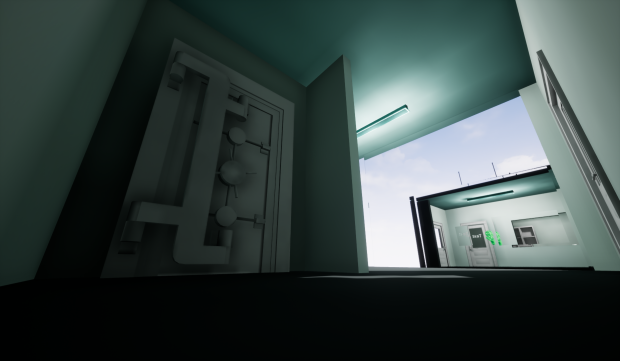 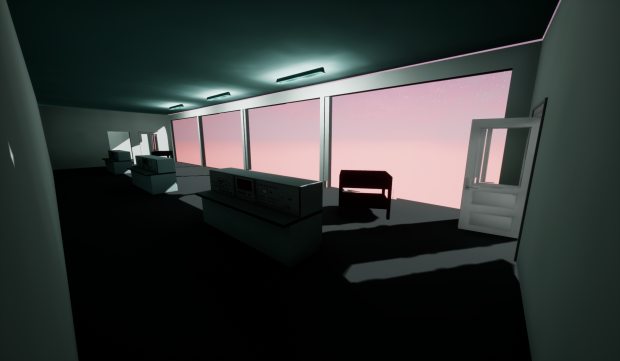 On the programming side, we have had a total rewrite of our backend network code which was a large task to take on and ended up taking a bit longer than we would have liked. The results though have been night and day and with a massive improvement. A large amount of network now being hidden away from the main codebase, making it easier for us to prototype faster!
We have additionally updated to UE4 version 4.15 which allows for the use of forward rendering, giving us better performance across the board!