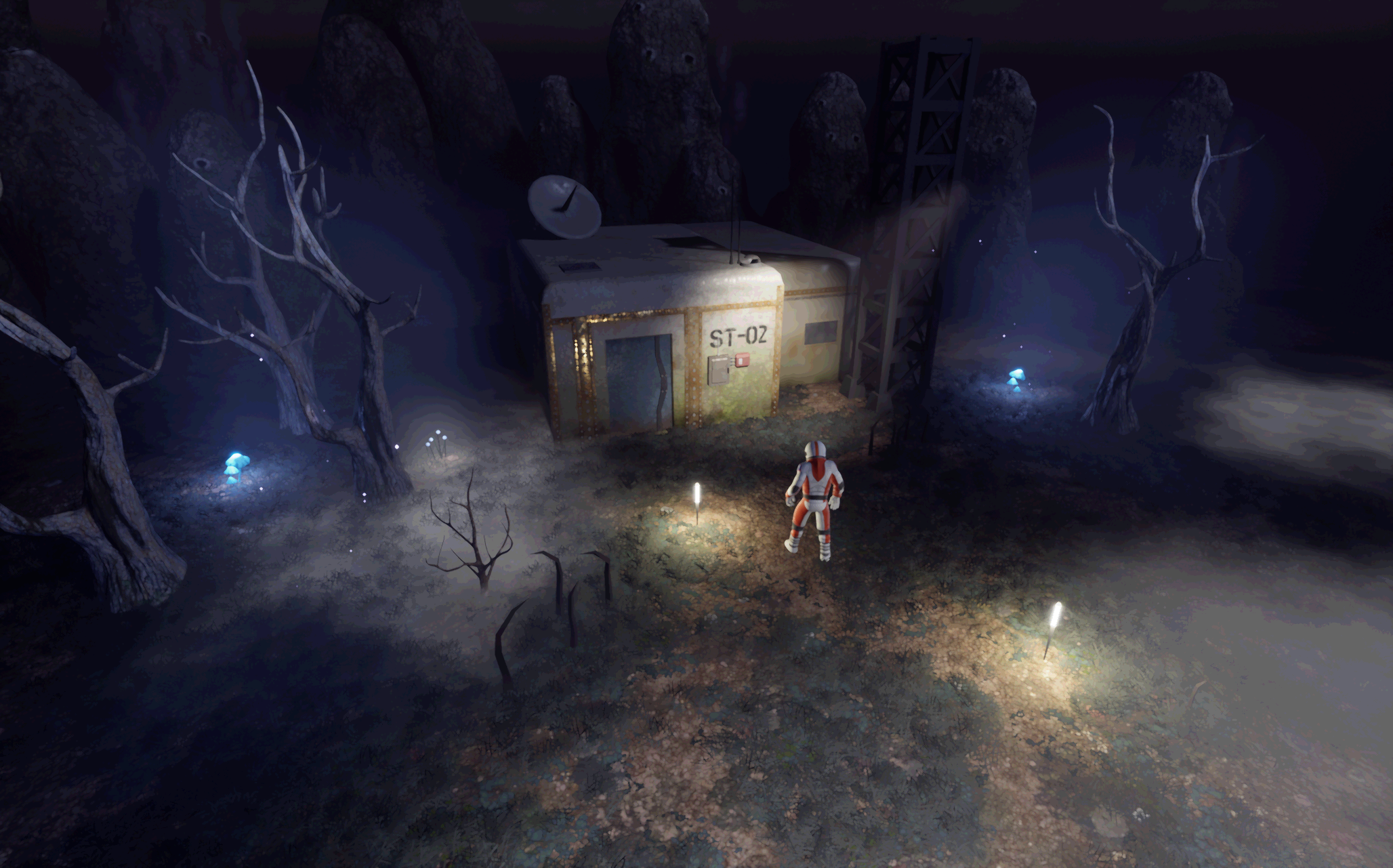 Malaise (working title) is a sci-fi survival game inspired by old-school movies such as Alien and Pitch Black, where few survivors find themselves in an alien environment facing an unknown sentient threat. The game is done in a slightly retro-futuristic look, attempting to capture the clunky sci-fi tech of the 70’s and 80’s.

The idea is that you pick one of several movie tropes scenarios to try and survive, such as stranded on the planet, waking up in cryopod, being left behind, etc, and combine it with one of the AI enemies and a goal, such as signalling a ship to come pick you up or to destroy research material. As you try to reach the goal, AI comes into play to stop you, which is the focus of the game as it acts on its own off-screen, hunting and stalking the player, building up the suspense and waiting for the best moment to attack them.

Currently, we have a working prototype with following features among others (recorded in dev environment):

Our goal is to make a vertical slice demo within next few months to test and evaluate the concept, for which we are now looking to expand the team.

We’re currently a team of three people, a programmer, a composer and me, an artist/designer. We’re all around 30 years old, located in EU, pretty chill and have a laid back approach to game dev while still getting things done.

All of us have a few years of experience in both game dev and our corresponding skills, having released games previously or done some successful jams before.

The project is in a stable state at this point, having been in slow development throughout this year, with proper documentation, sync meetings and discord for communications.

What we’re looking for

We’re looking for friendly and motivated people to work with on the game. You are probably from EU or close by to match our time zones, and have a couple years of experience. You are also active on discord as it’s our primary method of communications.

To help us define and develop the alien world of Malaise, we’re looking for a concept artist. You don’t need to be great at realistic details, or details at all, as we value conceptual vision above nitty-gritty details. We can create those ourselves, but need someone pointing us in the right direction, establishing the environment, enemies and tech of the game.

It’s also great if you’re interested in 3D and to help model the environment, but not a must, this could also be a separate role.

Someone who can help creating environment art for the game, and knows or is willing to learn the substance designer. We’re not too demanding on the visuals, so if you’re intermediate with art but haven’t had the chance to build your portfolio or fully develop your skills yet, come learn and develop with us!

As we are getting done with base game features, we need a programmer who can among other things dedicate themselves to developing and implementing the AI, including its behaviour and combat. Either that, or be responsible for the rest of gameplay mechanics while our programmer works on AI, whatever is best suited your skills!

To bring our AI to live, we’re looking for an animator and/or character artist. It’s great if you can both model and animate, but this could also be two separate roles. You will be responsible for our player character and the enemies, likely including import and set-up of animations in the engine.

Please send a PM (not chat) with some information about yourself and stuff you’ve done, and means to contact you, preferably Discord. We’ll get back to you asap!