I purchased “Earth Simulator” on the marketplace, which I will be using on an OLED screen during an indie shoot.

The default level shows red and blue indicators which describe the orbital path of the moon and the rotational axis of both the moon and earth. These are not viewport gadgets, as they appear in play mode and standalone mode. I have scoured the settings for this level and looked at the blueprints and submitted a question to the author.

I’m hoping that these are just an Unreal Engine setting that I’m too much of a nub to know about and there’s an obvious setting to hide these elements. 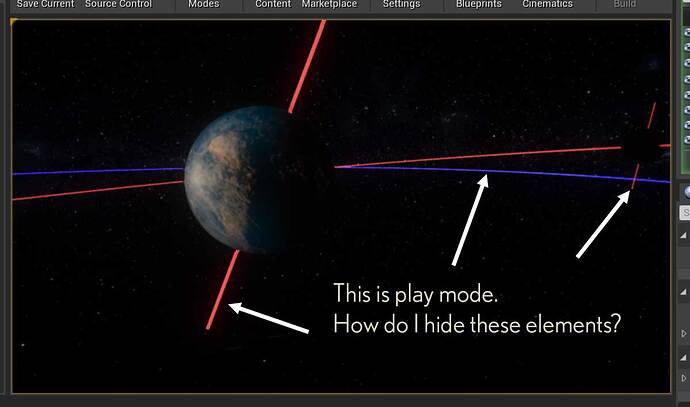 In case the knowledge helps anyone, here’s the answer I slogged my way to:

This way they are visible in the editor viewport, which is handy, but when you start the standalone game, it’s just space, the sun, the earth, and the moon.

Really cool layout, and it’s been fun to learn with!