HERCULES - The Untold Stories is an Action Platformer Adventure Indie Game inspired by classics, like Dynasty Warriors, Tomb Raider, Prince of Persia and God of War. Its combat system includes hack-n-slash sequences, mind-boggling puzzles, acrobatic challenges through deadly traps, and the Time-Swap system where you can on the fly travel back and forth between the past and the present. 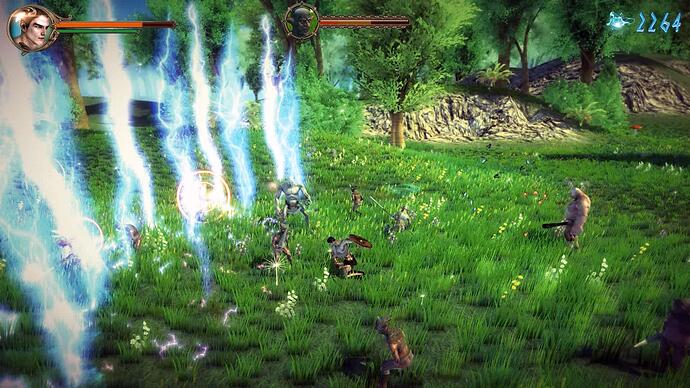 It’s quite hard cos you won’t have a step by step tutorial to start with, and the puzzle is for level 2, it’s like you’re thrown right into some challenging parts of the game without preparation, but that won’t dispirit you right XD So, try and see if you can solve this puzzle.Lastly but not least, we’re still working on the combat system, so we didn’t setup much enemy in this prototype. But in the begining of the scenario, there are some ugly Orges and Goblins, dont let them bother you

Just release yesterday, have anyone gone through yet ???

I think this is not an Unreal game wip
https://forum.unity3d.com/threads/hercules-the-untold-stories-demo.470135/