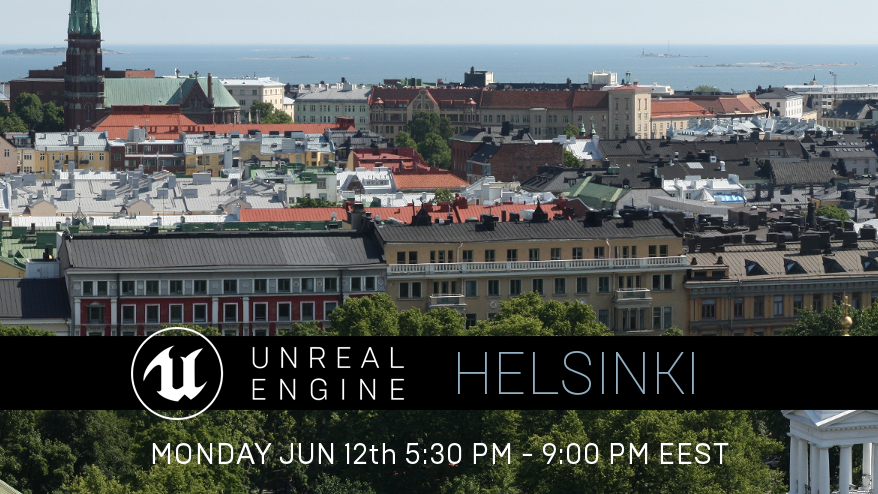 Sjoerd will begin with a welcome and provide an overview of the current state of the engine. Developers from local Helsinki studios Second Order, Housemarque, and Cornfox & Bros will then discuss development of their titles in UE4. To wrap up the evening, a guest from FIVR will chat about the Finnish VR Hub.

Join the Unreal Engine Developers Finland group to connect with other local developers and to get info about upcoming events. For those of you elsewhere in the world, find an Unreal Engine Meetup near you or start one today!