Recently in the game I’m making, I’ve been attempting to implement a period of temporary invulnerability to damage after the player character has taken a hit like you see in a lot of old-school games.

I would like to to be able to feature this flickering effect in my own 3D side-scrolling game but I’m not exactly sure on how to go about creating this effect.

Any help whatsoever would be greatly appreciated!

A more nuanced effect is better done directly in the material.

Thanks for the help but what type of variable is that after Set Timer by Event? I can’t tell from the screenshot.

Mouse over pins to see their type:

Right click to promote to the variable of the correct type automatically:

Thanks again, that worked perfectly aside from some weird blurring visual effect that sometimes occurs while moving at full speed after taking damage.

Thanks once again, that worked.

Yea, Motion Blur + Temporal AA is quite something in UE4, you could try this: 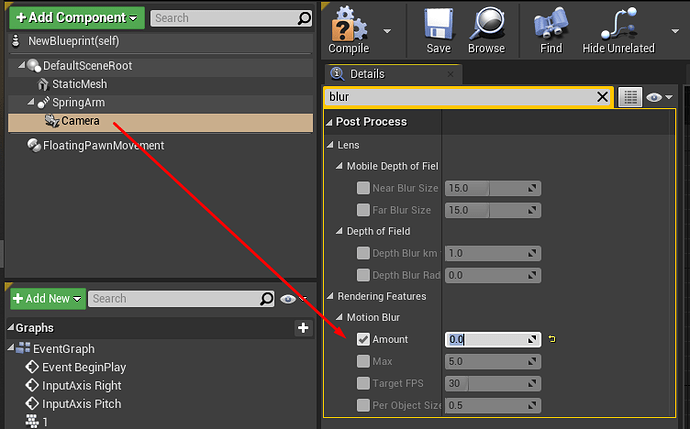