Hi guys, I have a problem with some movement mechanics. I thinking about zero-gravity situation, and controlling player in tight corridors and small rooms.

I mean something like what Dr. Ryan was doing moving around the space station.

In general, she is moving only, by grabbing the environment and pushing herself away. She could also repel “jumping” to the selected point. 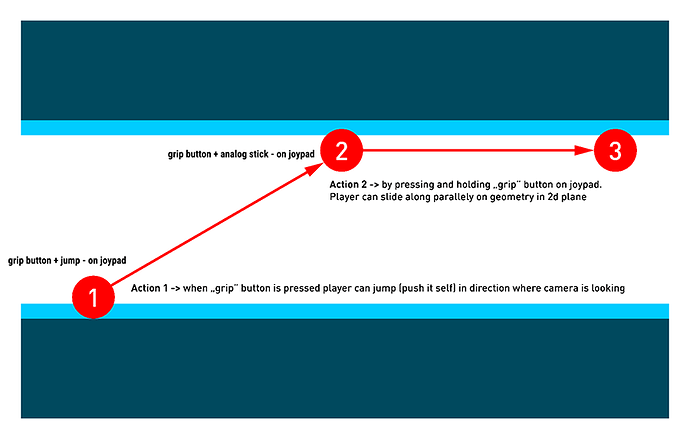 Any ideas how I can tackle something like this?
I a Noob with blueprints and if you will help me, I will be wherry grateful.

In tight corridors and small rooms you might want to cheat and have the character move along a rail, or rails, with well timed animations of the arms coming out and touching stuff. The pnayer would just press the direction.

Calculating and implementing such movement is probably very tricky. I’ve not seen it done well, ever, especially since zero g movement looks graceful and pretty effortless.

You will probably need to learn how to cast rays from your character (latest/INT/Gameplay/HowTo/UseRaycasts/Blueprints/) to find out if there’s a grabbable object somewhere in front for the character to catch onto. You might have invisible paths along the walls where the character can do hand-over-hand traversals. I’d be tempted to think of the motion in terms of the controller inputting the general direction to move in (look stick) and speed (movement stick), and then calculating what action needs to be performed to get the closest result to that.

Good luck, this would be cool to see