I need some help with blueprints for changing actor locations with a grid I’m using these to make a 2d grid since it’ll be better for performance if i make a larger map: 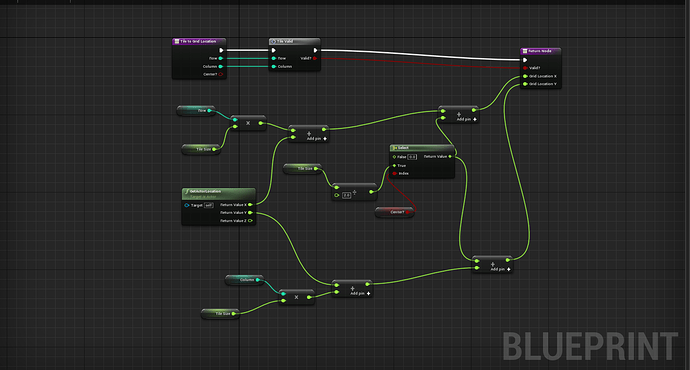 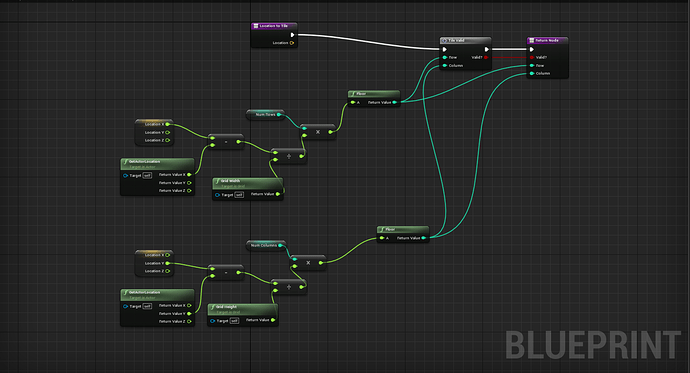 21426×772 125 KB
However i’m having issues setting up a system to reduce a character movement stat whenever they move to a new tile i thought something like this may work since the tile size itself is 200, any tips and thanks in advance for the help! 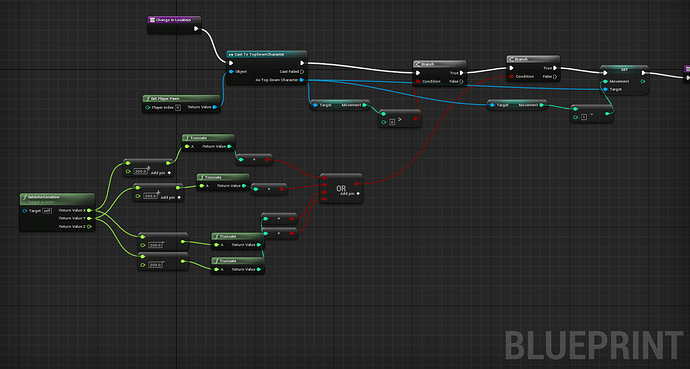 I get a better idea of what you’re talking about here.

What I’d recommend, is only ever use tile coordinates ( tile ID ) in all your code. Whether you’re checking if the tile is available, or the route to the tile is clear, just use the ID ( xy ). The only time you need the actual real-world position, is when the character wants to step there.

Kinda, so what your saying is I shouldn’t use the tile size but instead look for a change in row or column? If so how would i set it up, as it is now it doesn’t have any x or y just number of rows and columns to create the base grid?

I’m saying you’re introducing real coordinates ( which are more fiddly to work with ) too soon. Just go with row/col until the character actually needs to walk to a tile, then the character code can work out where it is.

For example, is tile occupied?

That sort of thing…

Okay thanks for the help and sorry i can be a bit dense sometimes lol, It was quite insightful

After a hour or so tinkering with it i’m proud to say i have the basic idea down as well as a working grid now, thank you so much for the help and hopefully this frankensteins monster will behave