I’m a beginner, so I appreciate your patience. I’m trying to create a game where the movements of the player character are mimicked by a pawn, so it will give the illusion that there’s a mirror between the player and the pawn. The environment will be duplicated on both sides of the room. 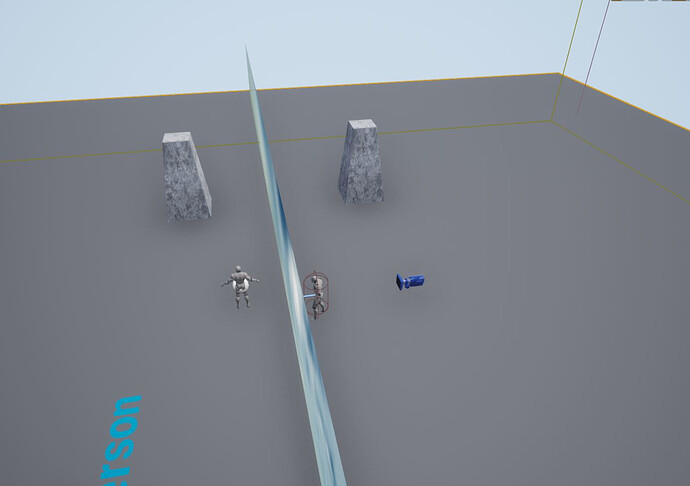 I’ve managed to put together a blueprint that takes the location of the player character whenever it moves, mirrors that location across a plane (which in this case is defined by the “glass mirror” dividing the level), and sets it as the pawn’s new location. 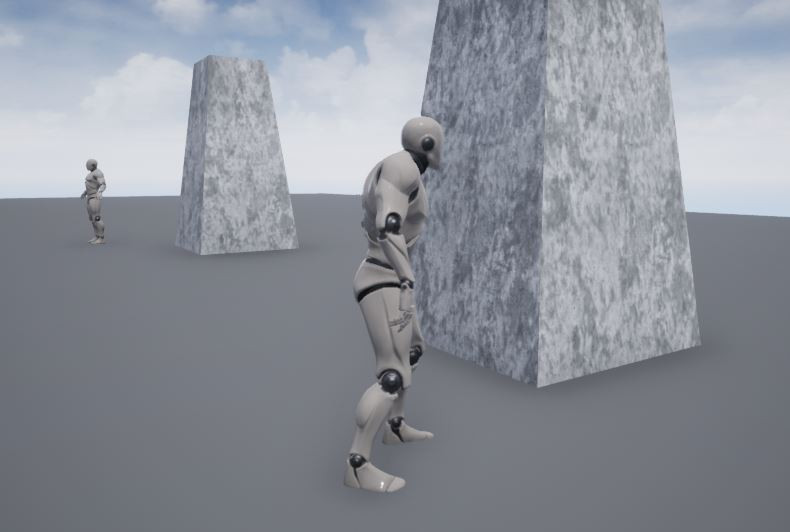 These two blueprint photos shown below are basically what I’ve set up. The first shows a “custom event” called “PositionMirror” which I’m trying to use to move the pawn from whatever location and rotation its in, and match the rotation and location of the player. I have it linked up to the red “Event Begin Play” so that it runs as soon as I start playing. 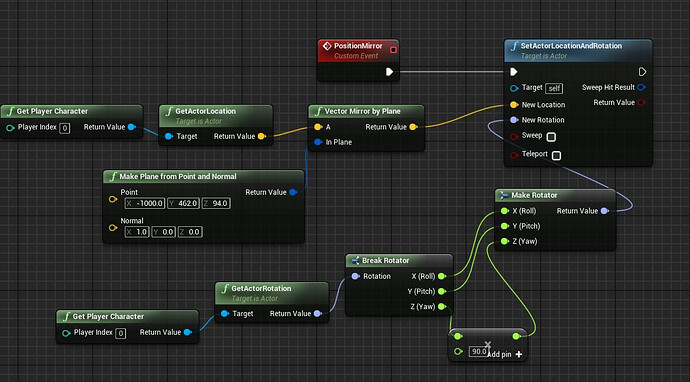 I wasn’t able to find a tutorial to show exactly what I’m trying to do here, but I’ve managed to piece together nearly everything I need this blueprint to do. The big problem I’m having is that the pawn always faces the same starting direction as the player, even though I’ve managed to set the z axis rotation to negative so if I turn right the pawn turns left.

I’ve been slamming my head against this for three weeks so far, wanting to figure all this out myself, and finally I’ve hit a road block. Can anyone help me out?