Help needed with a collision conundrum

I’m having a problem with getting my intent with these two objects’ collisions. I want to be able to set down a sphere whose radius is defined by the distance away from the actor it was placed down by. I’ve called this a GrappleCollision, and I’ve got that part covered. I made the mesh i place down hollow so that things inside the radius cannot get out. The collisions work on that front.

Now i want to attach a pawn to the characters’ socket and have that, and only that, collide with the HookPointCollision. As shown in this picture: 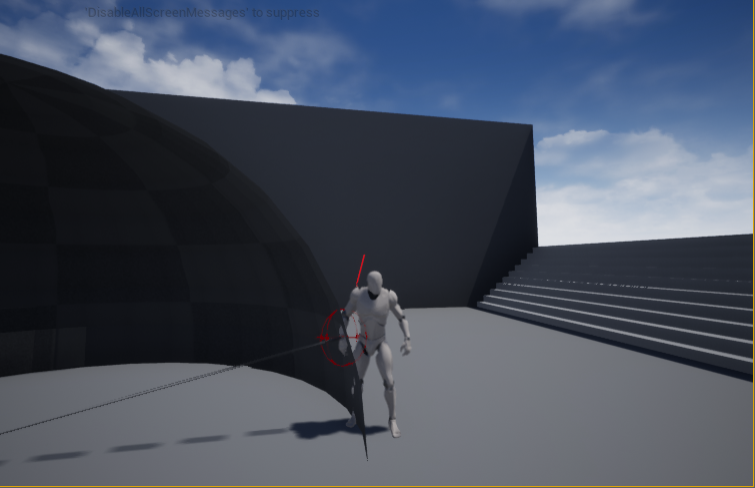 This whole thing solves the issue with sinking when hanging from a rope, or being able to simply run away and not get stopped. (I tried placing down a sphere wherever the character was last under the max value of the rope length and then having the character teleport back to it every tick (didn’t work. was too janky and stuttery.) also tried countering the velocity of the character when it goes over the length of the rope, but that just made the physics funky and swung the character from side to side constantly)

However, I can’t get the collisions to function properly. As stated before, the GrappleCollision that gets placed down is working properly. (I tested it on the characters’ CapsuleComponent and it properly collided with it.) I’ve already set a custom object collision mode and called it GrappleCollision, still no good. So It may be a product of the parent hierarchy pictured here: 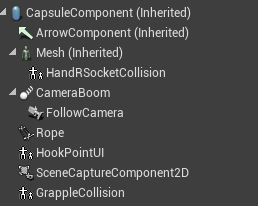 The two components in question are “HandRSocketCollision,” which is the collision sphere attached to the actors’ right hand. And “GrappleCollision,” The large sphere that gets placed down whenever the character grapples. Both of these components are pawns.

Here are the collision settings on the GrappleCollision mesh for completeness’ sake (They are the same on HandRSocketCollision): 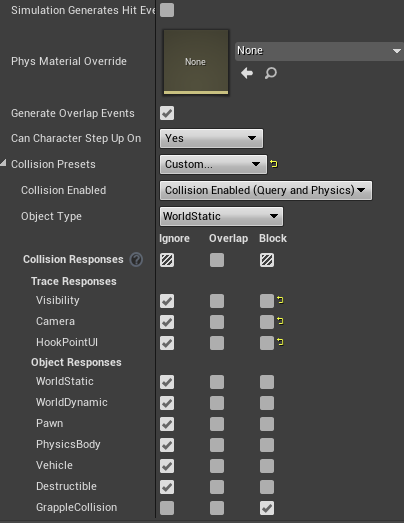 Any help would be splendid!