First off, I apologize if I’m just being a total noob here, but I’ve been ripping my face off over trying to implement a target lock-on that works appropriately. Using my current blueprint, I am able to create a bounding sphere between the target and player character and set the world rotation of the character accordingly, but I’m encountering a couple of problems, no matter what I do:

a) The player character, when moving right/left for far enough, will completely leave the camera’s view, as if the camera won’t catch up with both the target and the player character. I’m sure if I could tell the camera that whenever the player is outside the viewport to move the camera, but I have no idea how to do that. I know how to zoom in and out using the tangent of the FOV angle and size of the bounding box/sphere radius, but I don’t know where to start with creating a boolean to check whether the character is in the camera’s sights.

b)When the player goes behind the target, the controls completely reverse; A goes right instead of left, S goes up, etc, until I’m back to my regular orientation.

Any possible ideas on how to fix this would just make my year. And I’ve posted my blueprint below. 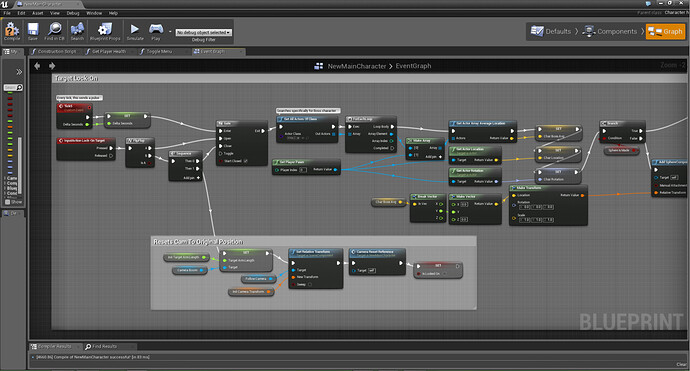 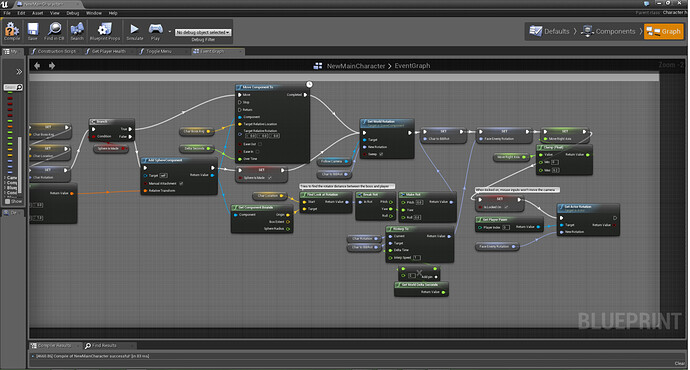 Morning to you sir have you seen the forum post “Helpful Blueprints” it has a working lock on system. It might help you with your issues: 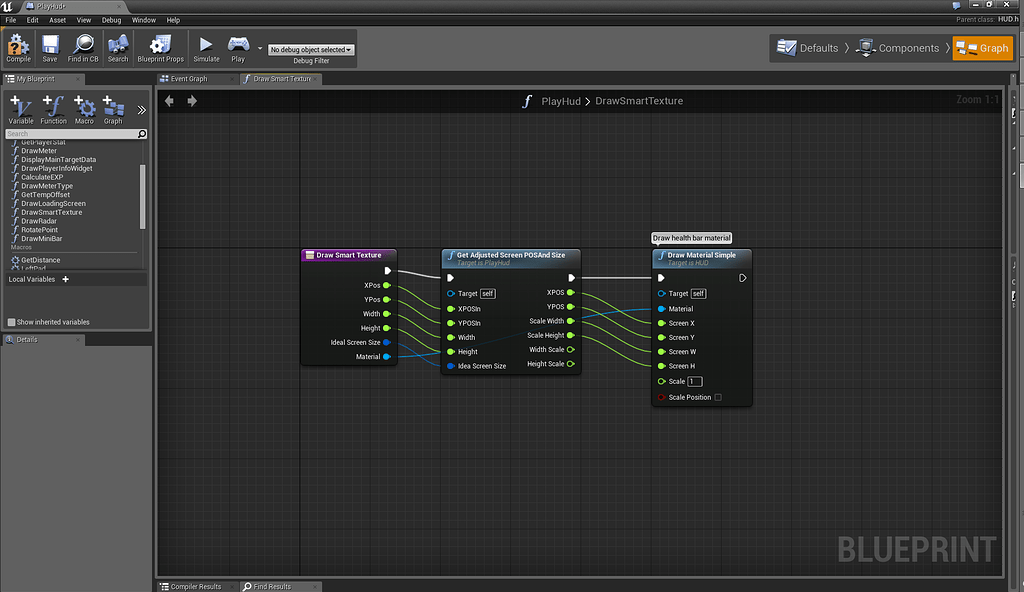 I’m going to post some helpful BP Functions that I either make or come by here: Draw Smart Texture Usage: I use this to to place my interface HUD objects in the same space as designed in photoshop on screen and have this auto align and scale to...

Geez, man, I’ve been scouring everywhere! I haven’t seen your forum post yet. Thank you so much, you’ve saved me so much heartache! Now to take a look and see where I went wrong.