Hello everyone, this is my first post here, so excuse me if i’m posting in the wrong place, and bear with me because its gonna be a long post, but i’m sure this will be useful for someone.

Here is one of the problems that I was having:

I manage to “fix” this overlapping by using the OnComponentBeginOverlap event to stop the movement if it hit the ground, but this gave me another problem:

This problem with the balls going through the shovel I wasn’t able to fix yet, because if I use the same method above the shovel will stop its movement if it touch any balls, and that’s not what I want

So, I went from a total different approach: using Physics Constraints. I watched some youtube videos (there are only a few) on how to use and setup the constraints and create and setup my entire backhoe blueprint, here is the screenshots from the setup: 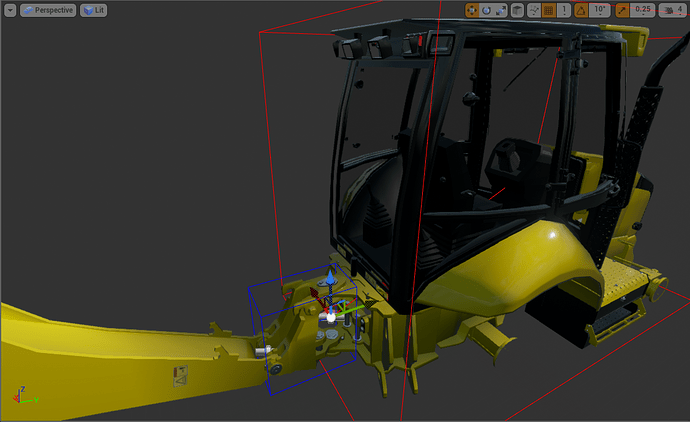 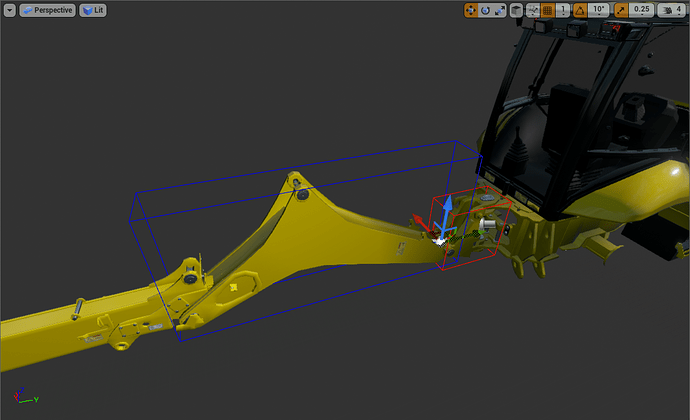 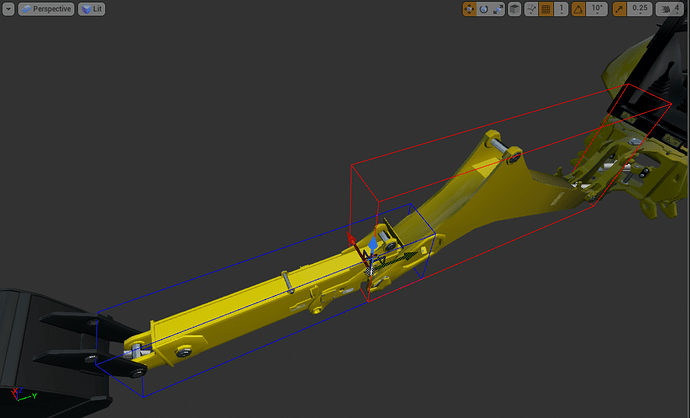 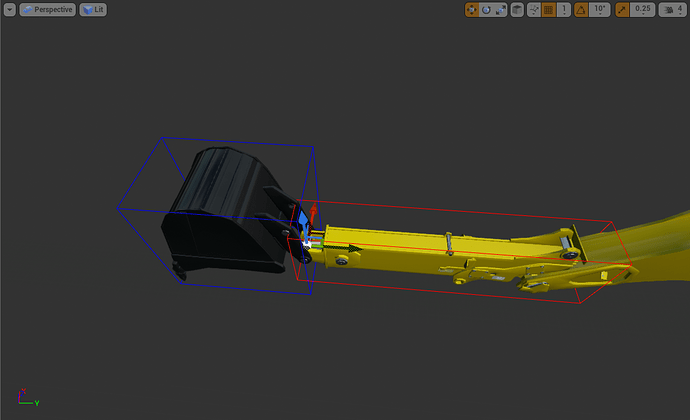 After all the setup, I tried using AddTorque on the arm’s components to implement its movements, but the arms were all loosen, like ragdolls arms, and was impossible to have total control of the arms. I wanted them to be stiff in place and only move when I wanted. So, after almos 3 days of trying all sorts of things I managed to almost acomplish it…yes, almost

So, what I mean by “almost acomplish” is that the physics interactions are still a bit strange, kinda “jittery” and if I push to hard on a surface, sometimes the arms goes crazy or even go through objects. I kindly ask you guys if someone can help me with this, or can point me to the right directions, because I can’t even find related stuff online and there must be a way to do this efficiently.

Thank you in advance, and sorry if I made some english mistakes.

I would suggest to not abandon kinematic approach and just expose couple of hidden features from c++. Yesterday I’ve seen that for example AddRelativeRotation and AddLocalRotation do have Sweep option in c++. It shouldn’t be too hard to expose it.

I would suggest to not abandon kinematic approach and just expose couple of hidden features from c++. Yesterday I’ve seen that for example AddRelativeRotation and AddLocalRotation do have Sweep option in c++. It shouldn’t be too hard to expose it.

Yes, AddRelativeRotation and AddLocalRotation have the sweep option in the blueprints too, but it says that its not implemented yet, so I assumed that this was true in the c++ too