Having issues with a bunch of client side functions

So a few things arent happening right for me that i do not know how to fix. Here is the initial screenshot. 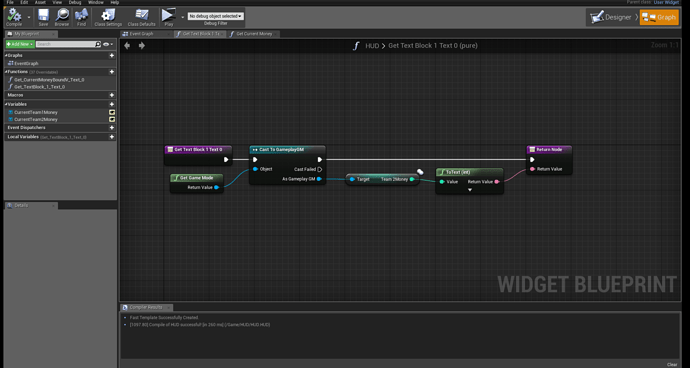 EDIT: I solved the issue with the models not spawning for the client, “Net Load on Client” was checked and didn’t need to be, the only issue remaining is the HUD not displaying the money

EDIT 2: HUD shows properly now, switched where i held the base values from the gamemode to the player controller, now they are not updating for the client

Hi,ImThatGuy5674,well basically first what i’ve see from screenshot that you are using the “Listen Server Mode” which means that you have a GM on your Server.Try to run this in Dedicated Server mode.And the second one you should have the Multicast Function that will tell all clients that you want to spawn something on Server and client side and make it replicatable.
I will attach i document where a cool guy make a presentation about the networking,its using both blueprints and C++,read carefully and try to apply this to your problems.
link text