Have a TriggerBox that opens a widget & allows player to have the option to travel or not?

I have a map that has a trigger box & when ever I enter that trigger, it creates a widget and adds it to the viewport. This widget contains two buttons. The buttons are “True” or “False”. The True button is intended for allowing the controlled player character to teleport to another map. The False button is intended to remove widget from viewport and gives control back to the player’s character. And if I were to walk into the trigger again, the Widget button process would & should repeat.

Keep in mind that I already have a blueprint class with functionality which allows me to teleport to the desired level as soon as the player “Begins OverLap”. Now, I need the desired widget functionality to function in between whether if or not the player wants to travel to that particular level. Not to forget, I also want the user to not have control of the character if the widget is on screen.

How can I implement this? Any help would be appreciated. 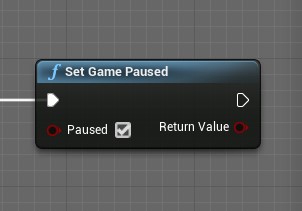 to stop anything happening while in the menu. Or 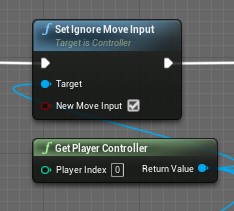 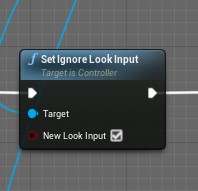 to hold the player still.

Then all you have to do is call your level change code when the player presses the button.

Thanks a lot, it works like i need it too. there’s one more thing. So, I’m able to call the widget as soon as I begin overlap but without any button functions. Just the same way as I can connect the Begin OverLap node to travel to another level as soon as the player character overlaps the Trigger Box. How can I make the “True” or “False” Buttons be called & function through the Trigger Box blueprint?

For an example, if I were to click on the true button, then I would want it to take the player to the destined level. If I were to click false button then it removes the widget and gives control back to player.

Thanks a lot for letting me know.