Handling the analog stick of a bluetooth remote

So I have a basic bluetooth remote for my phone to use as a controller for when it’s in my VR headmount. It’s one of the more popular ones, called VR Park, looks like this: 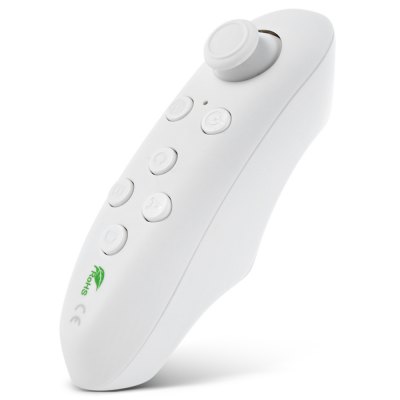 Now, while handling the buttons is fairly easy as they are just GamePad FaceButton up, down, left and right, I can’t bring UE to recognize the analog stick. I’ve tried everything I thought of but to no avail:

Nothing gets printed out. The analog stick is functioning 100% fine, I’m also surprised none of the events above catches its movement since in the VR mode and game mode of the controller (@+C, @+B respectively) you can use the analog stick as a simple arrow button on Android, so that when you flick it, respective icons on the home screen are highlighted, for example.

Anybody knows how to handle the analog stick movement?

I have the same problem with the same controller.
On mobile it works for some games, but otherwise it only works as a mouse.
In I’ll find out something, I’l let you know

Look. as I commented, I’ve tried every possible command.
I find the controller actually works in the horiontal game mode, with the thumbstick on the left and bottons on the right.
I set the input as in the picture attached below.
I hope It’ll solve your problem.
My inputs actually let me move around depending on where I watch with my camera and the botton was just to move a mesh. 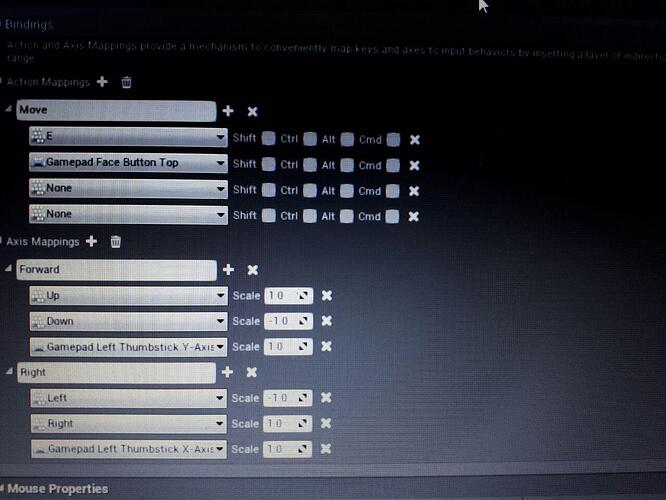