Hair and UE4 How many polygons are too much?

I am working on my Webcomic characters, designing the clothing in Marvelous Design. I designed some hair there too. I like the results, but I got to thinking about polygon count and clothing simulation via Nivida physx. So, how many polygons are too much? I try I maximize the particle distance as much as I can so that it still keeps its basic shape and drapes well without adding too much to the polygon count. A skirt has on average 200 quad faces.

Speaking of quads, can UE4 support them or should I triangulate them when I import the characters in?

Thanks for reading and have a great day!

This is a hard question to answer without starting to specify the details. What is your hardware aim (mostly a GPU question here) in relation to how complex Scenes you will have including your Characters?

Well, the game will mainly run on my machine, (which is old but no slacker with a 1023MB NVIDIA GeForce GTX 650 and a 6 core CPU. I plan on updating it soon.) since I will be using UE4 for a webcomic. However, I want it to run smoothly, and I might wind up releasing exploration levels or even a runner type game for donations so I must keep that in mind. The levels will be small yet complex with all the scene props but most of the time I’ll be using textures to add depth and detail, via baking from higher versions and using lower polygon models. Of course there will be all the right maps to help them look right. Spectacular, bump, ect. I’ve played second life, and made content for it, so I’m quite good at changing the LODs and texturing low poly items to look high poly. (Does UE4 support Level Of Ddetail distance rendering? Example, something close up has high detail yet when you move away it switches to a lower polygon model."

I havent really decided if the story is good for an actual game. At one time I made a story for an RPG with RPG Maker XP that I never finished but that was a long time ago. This story is different, though once it’s actually written I might find it could suit an RPG style game, but it wouldnt be a little rmxp style game with 2d graphics or anything, this would be a full 3d game with all the bells and whistles. I don’t think I could get any voice actors though, however games like FF7 and 8 got away with it but not the other newer ones. I wouldn’t know the first thing about making a cool battle without borrowing from other rpgs. It could be a little tomb raider mixed with Sonic the hedgehog and Final Fantasy, come to think of it. It would be a rather nifty game. I’ll have to think about it. But the beginning in the lab would be tricky to pull off right and the club night would bore most players, I think.

What about quad faces, can UE4 support them or must I triangulate them when I import?

If you have just a few characters, you probably can get away with anything under 100,000 tris, especially for a web comic. Around 20k-40k tris is more typical of what you see in modern games.
When simulation cloth physics obviously you’ll want to keep the number of tris on those areas lower, still a few thousand is fine.
UE4 Supports LODs and has a pretty good system with lots of documentation on the wiki.
UE4 will automatically triangulate polygons when you import a mesh.

But how good is the triangulate? As an example, Second Life couldn’t triangulate its way out of a wet paper bag. I always manually triangulate my models or have Blender do it for me on the more complex models.

It will probably be a few dynamic characters per scene, the background characters (unless it’s a MC) I’ll probably use the low polygon makehuman model with normal mesh clothing for those, but I might at least want to make some actual hands. perhaps I’ll locate a good low poly with hands instead of mittens on Blendswap.

Optimization is very much an art form between what you want to put into your environment projects as compared to what you can afford as to dependencies bound to the asset by association. Issues relating to pure polygon requirements as to maintaining a playable performance envelope seems to have been solved and limitations seems to relate more towards how much video memory and texture streaming budgets is required as far as material complexity, texture resolutions, as well as number of draw calls as applied to a surface.

For example a test into the millions as to surface count. 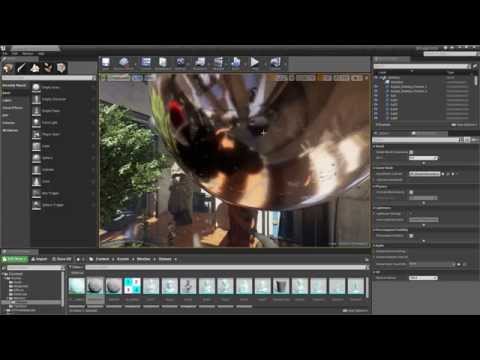 And of course with engine updates you can run a profiler on your environment to see in what areas are you spending to much resources that is impacting performance. 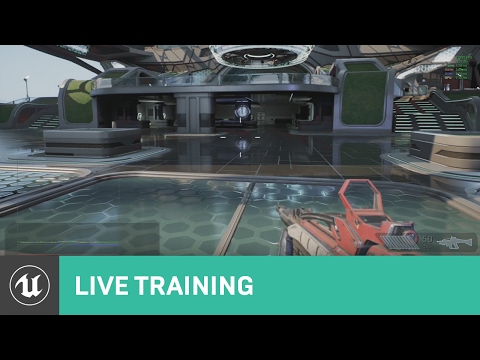 A way to think of counts as to performance is to look at costs as in 1K = $1 so running the profiler you can use that as a base to decided do you really need to be spending $50,000 bucks on on an asset that you could get away with spending $50. A 50k mesh for example has less cost than a 10k model with 10 gigs worth of material shaders and textures.

Character development though represents many different problems as to practical use, more so if you want to add a physics to the hair, so the dependence of a stock CPU bound physics solution built into UE4 will have an noticeable impact on frame rates but if using a hardware solution, Nivida physx, the performance hit should be much lower and work well with in a controlled environment.

Other things need to be taken into consideration to determine if you could afford the cost based on the total environment loading once you have more than a few clients connecting and there is no way to tell until tested but the trick with UE4 is to future proof the development of working assets by building into the asset the ability to scale up or down as needed based on the desired output.

Hair is a good example, as there is a thin line between good and bad looking hair, but by using character BP’s hair for a given character can be developed on a different channel with out committing to budgets or hard counts that should be determined under proper engine loading and profiling.

ok, so Nivida Physx really helps out the computer (or device) and allows for more realism when it comes to cloth/hair. Does that mean I can make simpler but still good looking background characters? By the way, most of that stuff was too techy for me. I had to read through it twice before I understood it.