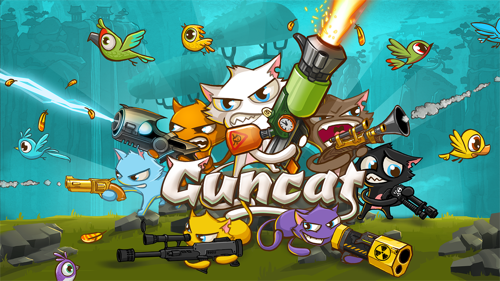 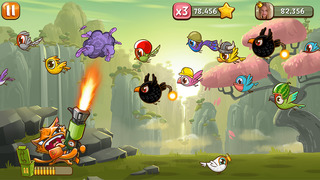 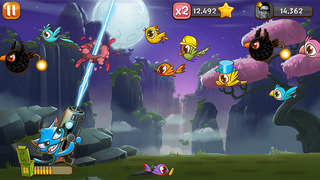 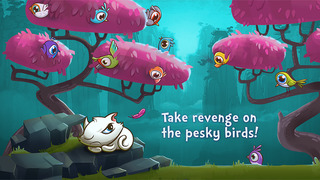 Guncat is our fist game created using Unreal Engine 4 (our games: http://shortbreakstudios.com and http://techland.pl). Basically we wanted to create something small but something new for us - 2d game using UE4 was something that we haven’t thought if it’s possible. Well… it’s possible 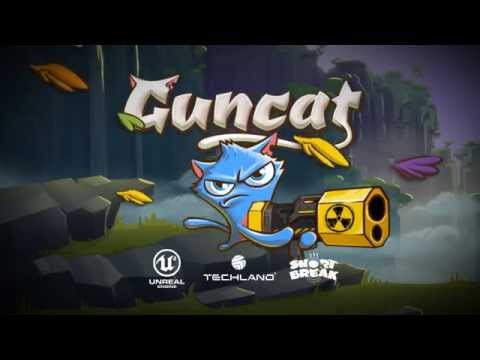 Game is Featured by Apple on AppStore.

First of all let me introduce technical features:

The game is fairly simple. You are a cat who want to sleep and birds are messing with you. Watch the trailer to have better understanding what the game is.

So, it would be nice if you guys can focus on Paper2d and let us small games using Unreal Engine 4.

*AdMob is only working in Android. We needed to implement our own backend for iOS.
*No support for other ad providers. Someone can say „Why Epic should implement that?” - why? because competition - Unity - have most of them already supported with plugins. We have implemented AdColony on both iOS and Android.
*No Analytics on mobile. Why you haven’t chosen Flurry or GameAnalytics? They are free and everyone can use them. Again - competition have them already as plugins.
*Achievements, micropayments, leaderboards - they aren’t implemented correctly on Android. We had to change some things in C++ to get them working,

So basically from my point of view Epic should invest for a mobile team to prepare UE4 like Unity is prepared. Basically if you use Unity (we have used it for 3 games so we know what we are talking about: Dead Stop, Heal Them All, The Collider) you will be sure that everything is working correctly, you have backend, you have performance, you can support low-ends and your build size is small so you will make revenue. Production time takes longer when using Unity compared to UE4.

We are working on mobile 3d game as well and I can add couple of thing here too:

Conclusion: UE4 tools are better than Unity tools - production is faster because you can iterate faster. Unity is more prepared for mobile compared to UE4 so if you want to create small mobile game keep that in mind.

Basically Unity is production ready (and stable) for small games/mobile games and they are investing a lot now in AAA games to get as near as UE4 is. I have a feeling that Epic isn’t investing a lot for small games/mobile games to get close to Unity. That’s why I’m creating this post and try to trigger “creation of mobile division” at Epic games to make UE4 mobile friendly engine. You should invest more on Mobile. I don’t know how many people is working on mobile platform support but this value should be more than 50 people if you are thinking to be as good as Unity is.

If this post is to rough I’m sorry - I don’t want to be rude. I’m loving Unreal Engine and for my opinion it’s the best engine out there. You guys basically rock! …but I’m crying with mobile support guys, I’m just crying.

You can download the game for free here from AppStore: https://itunes.apple.com/ca/app/guncat/id925313304?mt=8 The whole project has been sent to Epic.

Thanks for the feedback and congrats on shipping!

What things aren’t working for you in Paper2D /what features are you missing to be able to use it?

As far I know those were fixed, but we made decision to use planes + textures as in Tappy Chicken because you guys did that this way. I will dig around and let you know with more detail what was wrong and which features would help. We changed to planes really quick so can’t remember exactly now.

I love the concept, being a cat owner, I agree they do genuinely look like your cat in your trailer :).

Nice touch on the graphics too, impressive.

An interesting insight into Mobile gaming too. Thanks guys.

Basically half of the game was created by a Designer who doesn’t have UE4 experience or programming experience. Blueprints will change how the thins is rolling. After this project we are trying to find the best way to work with blueprints and source. We found out that tick from blueprints takes some cpu so if you are aiming for low-ends you should add your math to c++ which isn’t so hard even for non-programmers.

Hoping to see more indie studios / people will ship their 2d games using UE4, and hoping it can be done without need of a technical programmer.

I’m really like to see something like BP and "only 2d part of engine"with 2d physics and other 2d only stuff for performance and final build size , so i can’t build 2d games because for now its impossible is so slow on low end device, unity go far ahead on 2d development

It can run smooth only if they use canvas instead of a deferred 3d renderer.

I’m happy to see you ran into so many issues.
Don’t take it the wrong way… but i’m hoping if more successful development teams are running into these issues Epic will address the mobile shortcomings sooner.

You might want to crack open the IPA and take a look to see what file(s) might be larger. You can also set the packaging option to not use pak files and then you’ll be able to see all of the cooked content files. That could narrow down what has gotten larger. Also, if you are comparing a development IPA against a shipping IPA, the development executables are much larger than the shipping ones.

Ya, that seems a little bizarre (the back and forth causing a lower size). I thought the compress option was exposed, but looking through there it is not. There is an option to compress content in the Project Launcher. That might also help you guys get a smaller IPA size. Basically, you can do the File|Package in the Project Launcher by creating a custom profile with the last step being Package (ignore all of the settings in the package stage). That would give you some finer control over what you are cooking as well.

Update on compression using iPhonePackager: after uploading 64MB build into App Store the build has been decompressed to 107MB so after upgrading to 4.7 our build size increased from 95MB to 107MB so we are below cellular download limit and basically we can’t remove more content/decrease quality for now.

Pete - we are compressing content and there is option for that in Launcher. Basically you have whole project and you can try it by yourself. It’s really hard to optimise build size if clean binary is around 60MB we have only 40MB for content for all devices if we want to have universal build and universal build is critical for Apple.

As for the cooker shipping/development weird issue - I think that it’s because some tmp files after upgrading, we will delete all content, binaries etc and just copy code/content to fresh project - this should help.

Ya, I am working on the executable size. It is possible to get it down to about 50MB for the universal binary by disabling some unneeded code and compiling for size over speed, but that still is not where I want it. I was able to identify some modules which are being included in shipping builds which have no business being there (they are specific to being able to debug the game via the editor/tools). However, I don’t expect to make any significant in-roads on the size for 4.8. 4.9 is a possibility though.

Totally understand. Unreal is really big and it will take time. Remember about Unity and their clean binary size basically you guys have a lot to do so crossed fingers here!

btw here you can grab 10 promo codes for Hellraid: The Escape - our previous Unreal based game.

Please let me know which promo code you grabbed so I can delete it from post.

I’m just chiming in to say I’ve been playing this game constantly since the day it came out. Great job!

Glad to see this game here. As Crocopede said, if the big teams are addressing the problems we are all experiencing in the mobile area, the chances it will all get resolved faster get higher

One question: When do you think will you be ready to publish the Android version? Is the build size the only thing that is blocking you from publishing to Google Play or do other areas block you as well? The performance is surely an issue, but this is rather not a blocker…

I am currently finishing an Android title and have been fighting more or less the same issues, so it’s really interesting how do you manage this kind of issues at Techland.

Android version is working but performance is lacking really hard. (on CPU side - slate, collisions) We will support only small percentage of the market with 2d game. I’m not sure yet when it will come or if it will come.

The strange thing is that I am getting rather stable 60FPS on Sony Xperia M, using UMG, audio and around 120 objects with collisions that get turned on and off. Maybe it’s down to the fact that they are static but so far my game runs pretty ok in terms of performance. On first gen Nexus 7 I’m getting 30FPS so it’s not that bad. The thing that worries me at this point is that I do experience some performance drops after adding AdMob…

Maybe it’s the 2D collisions, not collisions in general, that are causing you the pain, as my simple 3D setup seems to work ok so far.