Gun shot does not appear after packaging game

I got a gun from Inph1del(Team Select in Blue Prints for Multiplayer - Community Content, Tools and Tutorials - Unreal Engine Forums) that shoots a laser like thing as ammo from the gun(see below). The gun works properly when I play the game in editor when it is not packaged. However, after I packaged it, the packaged game does not show the laser. It still does damage to the other players, but it does not show the lasers being fired. Can someone help me out with this problem?
By the way, although I have the laser duration set to 0.3, it still does not appear after I set it to 5, so the problem is not because it disappear too fast for the player to see it.

Picture Links: Imgur: The magic of the Internet 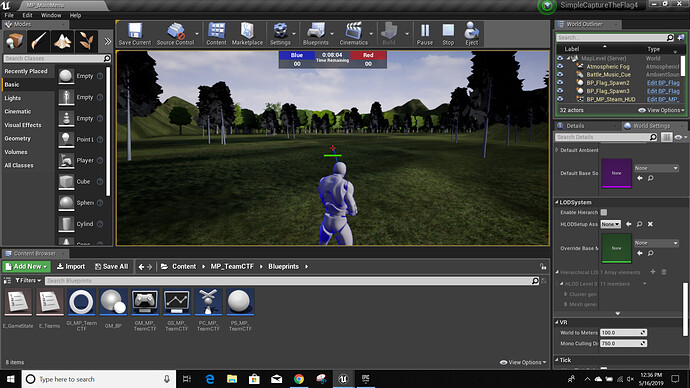 You’re setting the colours in your LineTraceByChannel node. However, this is a debug only option (meaning it’ll draw in editor and perhaps in some builds, but certainly not in shipping builds). The intention is for you to be able to visually debug your line traces whilst you’re developing but it’s not suitable for use in production.

The answer to this is to create your own laser assets / particle effects which you spawn / play rather than relying on the trace node. You’ll get a nicer looking system this way too.