**Warning: This project is not for the faint of heart
**
10 Cupcakes is a first person kisser made to be played in virtual reality.
It is controversial. I am planning to get an M rating. It has already
been covered by a few web news sources.
(Jim Sterling, LewdGamer, VRandStuff, GravityBoom, GamePlayMotion)

I expect that this project will get more press and yes more bad things
will be said. So far the reviews have been pretty negative. But they are
talking about it, and regardless of what they say, people want to try this
type of thing on their new VR headsets. Here is the trailer: 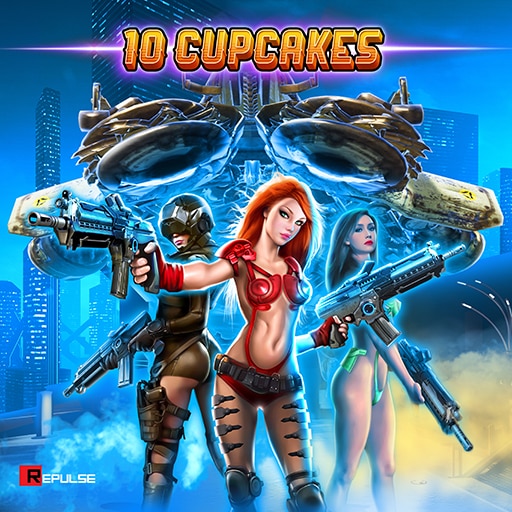 I made the demo in one month working alone. I did everthing. Character Modeling
programming, Level Design, Hud, etc. Yes, the demo sucks. A team can do much
better than that. I was testing the concept to see what the response would be.
The test worked. There is demand for this type of product.

My strongest skill is programming.

The team members I need are:

I am willing to split the royalties evenly among team members that are willing
to commit the time. I am also open to suggestions on how to make this better
as long as it can be completed on schedule.

This is my website where you can see other projects I have completed:
http://www.repulse.com/games/

Submit project to: PlayStation, XboxLive, Oculus, Kickstarter
Do a press blast. Most bloggers with a VR headset will want to try this and write about.

The original demo of 10cupcakes is really crude. I don’t want to post a link in a
public forum. But I can send a private link to whoever is interested.

I do have a working alpha prototype
which combines some of the best features from Unreal Demos.
It includes: the Shooter Project, the Vehicle Project,
Survival Flashlight Exploration, and Custom Bots.

Here is the link to that:

If you are interested in this, send me a PM with examples of your work.