Hey fellow developers. I’m having an issue with the exported .avi file I get when recording a cinematic in the Sequencer.
For some reason the exported video looks really grainy compared to what is seen in the viewport. I’m relatively new in the field of working with the cinematic sequencer and I simply can’t find a solution to this issue.
Does anyone know how I can fix this issue so that I get a better quality video?
The only setting in the rendering window I have changed is the resolution (from its default to 1920x1080).

I would suggest using a png/jpeg image sequence instead and combining them afterwards using a third party tool for the highest quality output. I have not seen the issue you are describing before, but I would suggest trying different levels of Quality in the AVI settings and toggling on/off compression.

The provided pictures look like an interlaced image which I didn’t think we supported creating - perhaps try viewing it in different software as well? 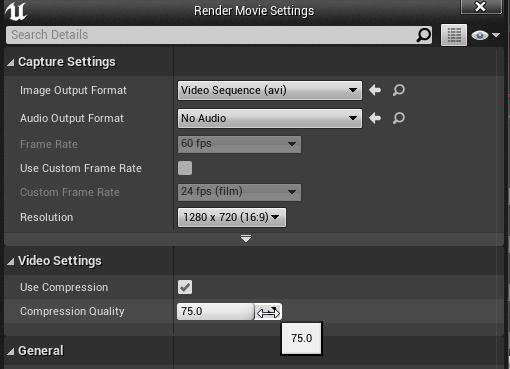