Hey all, I’m very new to Unreal and I’m trying to make an NPC that players are able to interact with, a la this video. OpenAI GPT-3 NPC in Unreal Engine 4 - YouTube

I ran into some trouble once I had to create my own variables and I wasn’t able to get input from the MicCapture. I recently did get ArthursAudioBPs and found that the mic capture blueprint there works, I’m just not sure how to combine it with the rest of the code as it’s still not giving input. I can’t seem to create Begin and Finish capture functions with the Mic Capture either.

If there are any further questions, I’d be willing to show as much as I can to get it solved. Talk is a Blueprint going to the Third Person component and BP_Ado is for the bot with the GPT3 blueprints in it. 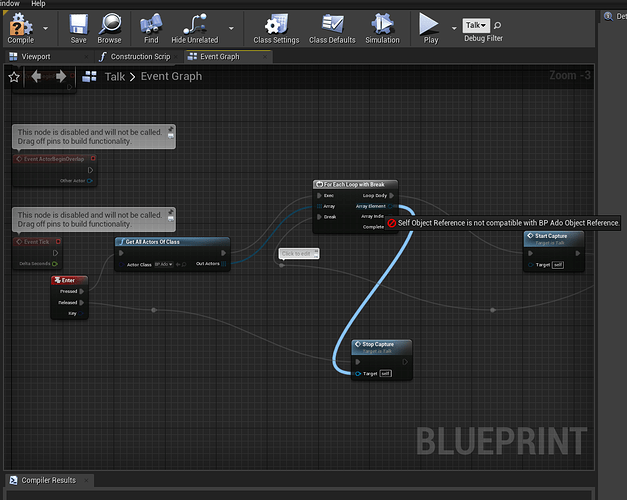