GitPush - Push your commits directly through the editor

Hello everyone!
I made an plugin for our loved Unreal Engine 4 Editor. As some of you know, Unreal has great Source control features, and in the 4.9 release, they added Git source control support (which is still beta, but works fine!). So, with that, adding and commiting assets works pretty fine, but to push the commits onto your preferred Git server, you need to use the normal Windows cmd / some other Git GUI tools. I thought it would be better to have the functionality ready-to-use in the UnrealEd. So I made a plugin for that! Let’s call it GitPush.
However, this needs some things you need to know first:

If you have a repo set up, with a master branch and remote server, you can use GitPush! Once in the editor, just click on the new button in the Viewport Toolbar. From there, go to the branch you want to push to, and then the remote host server you want to push to. (Note: Unreals Source control feature commits things on the master branch, however, if you select another branch to push to, it just copies the commit from the master to the selected branch).

A simple workthrough on how to create and initialize the Git connection between a service (in this case GitHub) and Unreal: 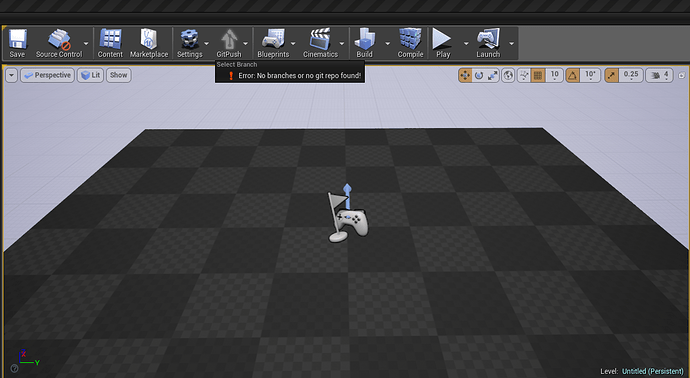 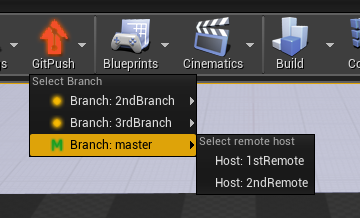 If you have questions, bugs, or anything else, feel free to comment them here

Have a nice day

That’s awesome, just what I needed