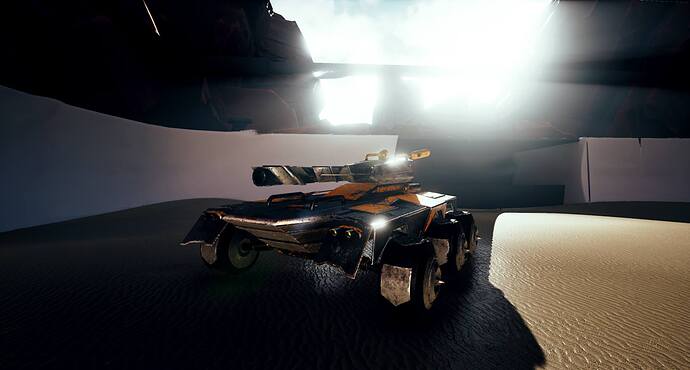 Demo: Game Jolt - Games for the love of it

I am 18 (16 when I started) year old developer. I do 3D modeling and programming for about 3 years.

I 'm currently working on a game called Giants of destruction for about 6 months.

I am a solo developer, I am using Unreal engine 4 to develop my game.

Giants of destruction is a racing action game based on high speed racing and fast paced battles in Deathmatch arenas. It is inspired by games that I played as a kid.

Main goal is to create a multiplayer environment where players will test there skills in a online multiplayer rampage.Current demo only supports single player.

The game will have many fun game modes to play around with, Example: Deathmatch, Capture the flag, High speed race etc. You can already find some of those modes in a demo version which you can play right here Game Jolt - Games for the love of it

All of the vehicles are made by me. Final version of this game will have many highly armored and armed vehicles with unusual designs. Weapons will vary from Conventional to very overpowered futuristic weapons, for example, Plasma cannon and armor piercing laser guns.

Demo: Game Jolt - Games for the love of it 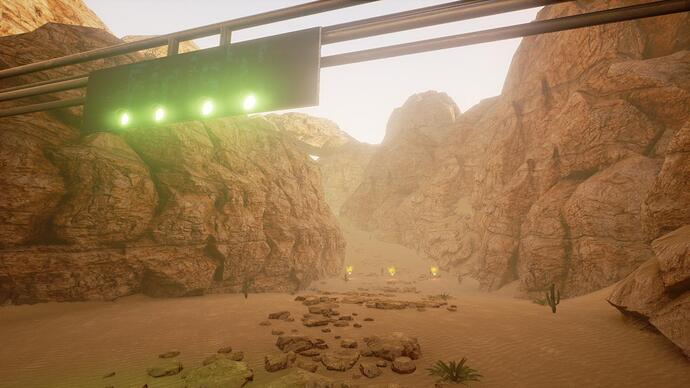 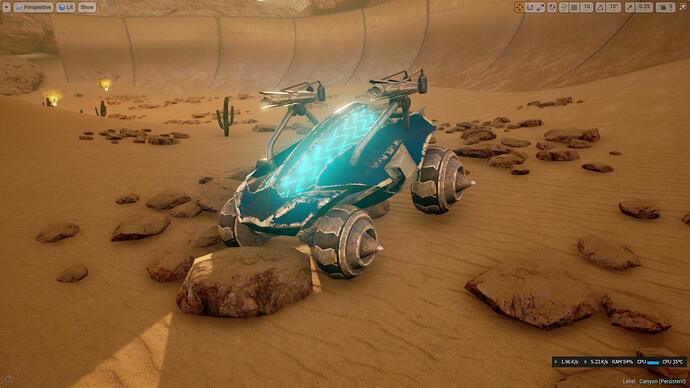 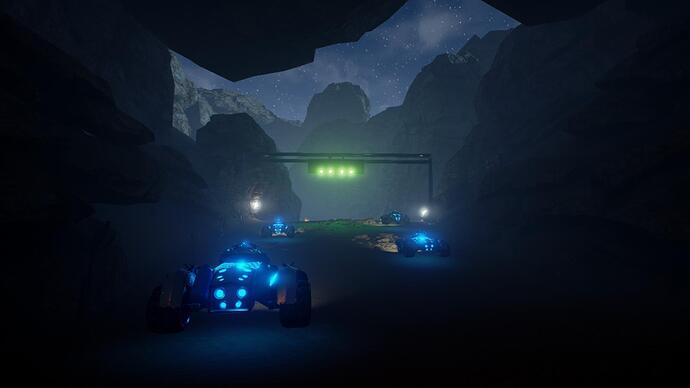 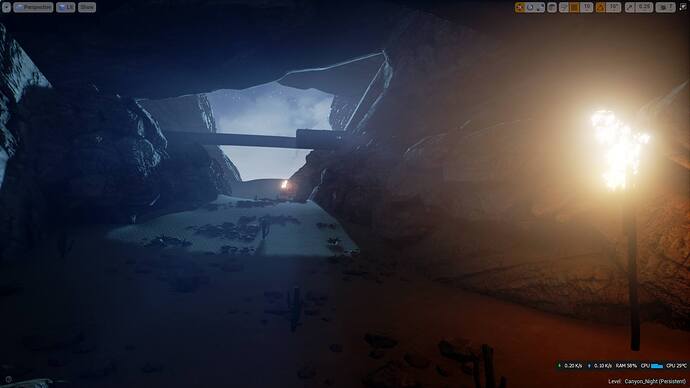 I am currently working on a multiplayer mode but it is still very experimental. 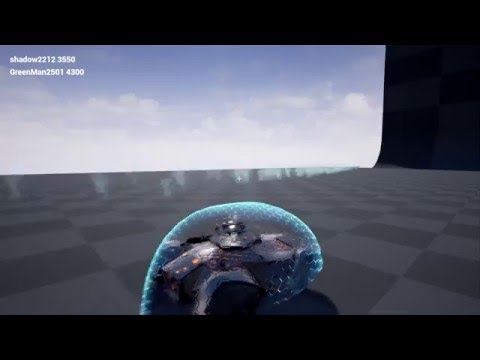 Some videos from the game. 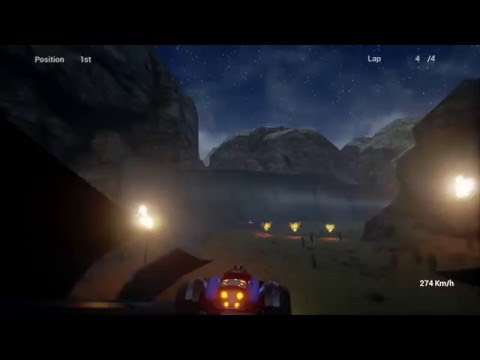 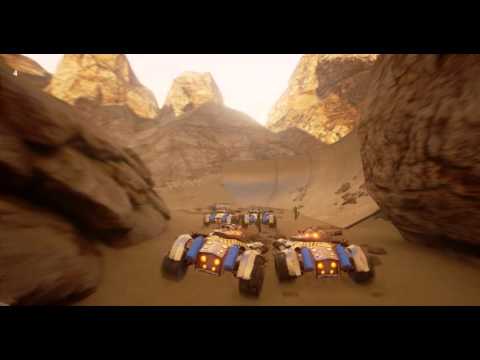 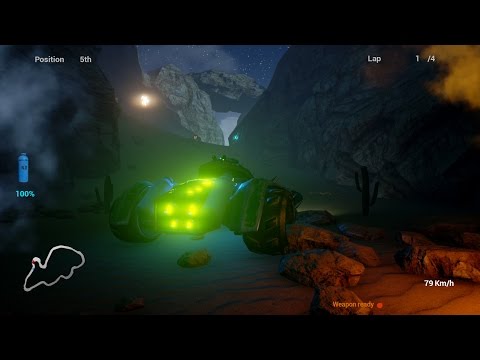 All feedback is welcome

Just a little update, I transfered most of the Blueprints to C++ to gain some performance and also I was working on a C++ Vehicle AI plugin which will be available on the Marketplace, link is in my signature.

It looks really good! However, it seems that you like post-processing effects a little too much. Especially in last video, that light of vehicle itself and “foginess” all over the place, it makes everything really unclear and confusing.

Thanks, fog and all the post-process effects look a lot worse on the pictures than in the game.

What 3d modeling software do you use?
Also, I would increase the speed of the cars in both races and combat, seems really slow. But thats just my opinion. Awesome game!

What 3d modeling software do you use?
Also, I would increase the speed of the cars in both races and combat, seems really slow. But thats just my opinion. Awesome game!

I use Blender, I am still playing around with speed and with other things to get some sort of balance

Did a quick multiplayer test with a new vehicle. 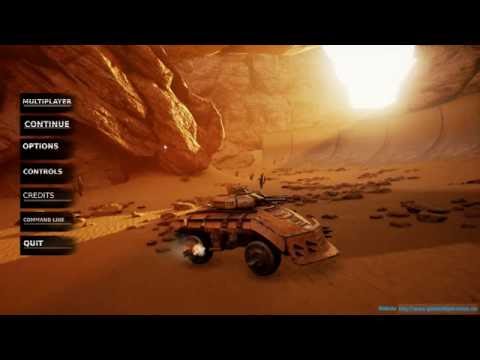 Made a new level for the game 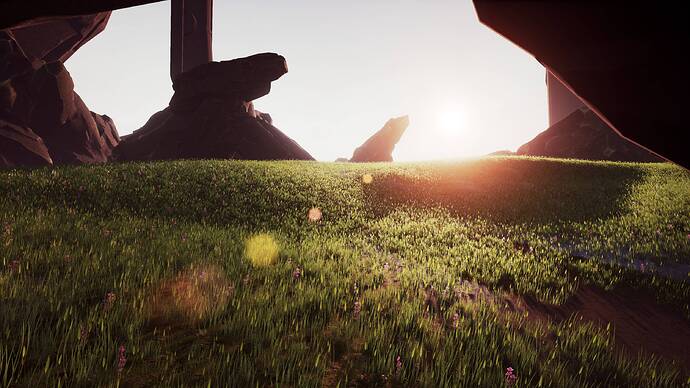 I am 16 year old developer. I do 3D modeling and programming for about 3 years.

You are very talented!

Keep up the awesome work. Will this be available in steam?

You are very talented!

Keep up the awesome work. Will this be available in steam?

New redesigned website for the Giants Of Destruction is online, all the latest news can be found there and now you can registrate on the website. http://www.giantsofdestruction.com/

Made a new vehicle, still not sure how to name it

New vehicle for the game, it took me about 7 hours to make 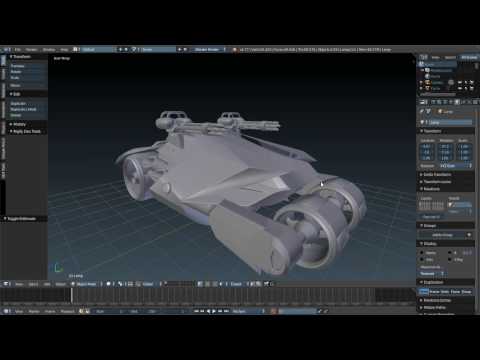 Lookin’ great! Especially dat vehicle AI man O_O
What d’you use for your vehicle? The Wheeled Vehicle Class or a Custom Pawn/Class?

And is that name in any way inspired by the game Machines of Destruction?