Hi guys, I just finished this tutorial series from Unreal :

I am trying to move on to projectiles for third person, I have not found any tutorials that have helped me so far, I tried to use the Shooter Game asset but it would not load for me on 4.4

I started a new project using the First Person Template, and tried to translate it to my Third Person game, but it is not spawning properly: Now the projectile will spawn from the mesh (your socket position -> e.g from the front of a weapon) and not the camera
orange -> spawn
green -> attaches the mesh 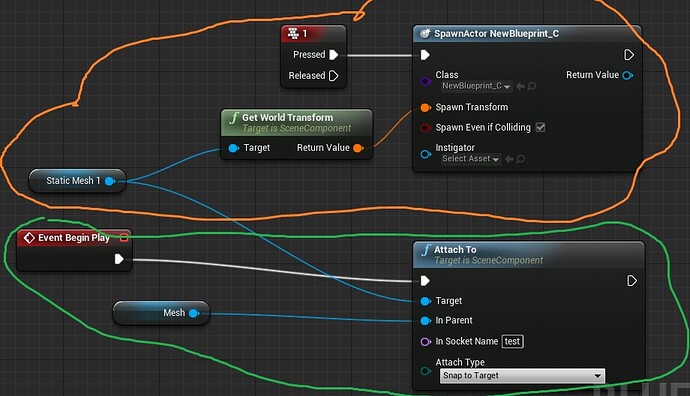 Amazing work, I was actually trying to follow your socket tutorial to help fix my problem and it helped a lot!