Getting rid of error at the begin play node

So I have an accessed none trying to get error every time I start up my project, but the Anim BP works fine. its just not liking how the first tick it doesn’t have the character ref variable set. can I just ban this error so I don’t have to close out the error tab EVERY SINGLE TIME I press play? its very annoying. obviously I still want to see all other errors.

Add a Delayed Gate or isValid.

yeah but if I set up the isValid in the tick, won’t it decrease performance by a bit? would there be a way to set it at begin play, then start ticking maybe?

Start with Tick disabled and enable it only once the reference is set. Or Delay.

how do I disable it and reenable

What exactly are you doing with Tick (and where) that it generates access none? Does not sound right. Can you show it? Perhaps there’s a proper solution. 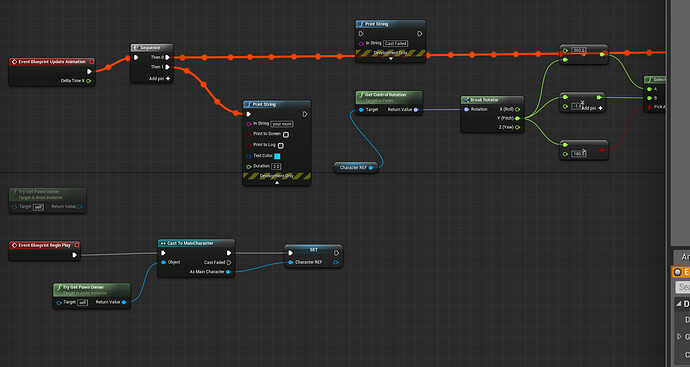 So why not just:

But if you must (your game, your rules!):

well that works, but there was another thing.

So you set this var outside of the AnimBP? Any reason why not use the notifies: 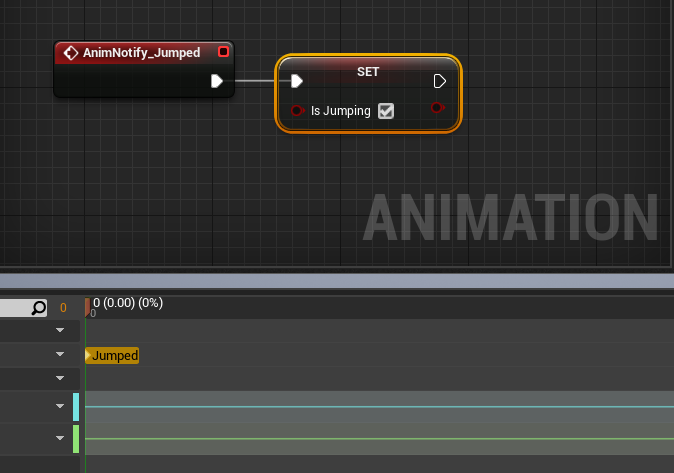 You can very precisely set what’s what without creating hard references, casting and so on.

reason being, im a total noob to UE4. been doing this for maybe a month and a half now, and I haven’t made a game yet. im trying to make a basic shooter style game and its actually turning out much better than I thought, but I still only have about a month and a half of knowledge. ill look up a tutorial on Anim notifies later. for now ill just finish the gun snapping to the sling stuff 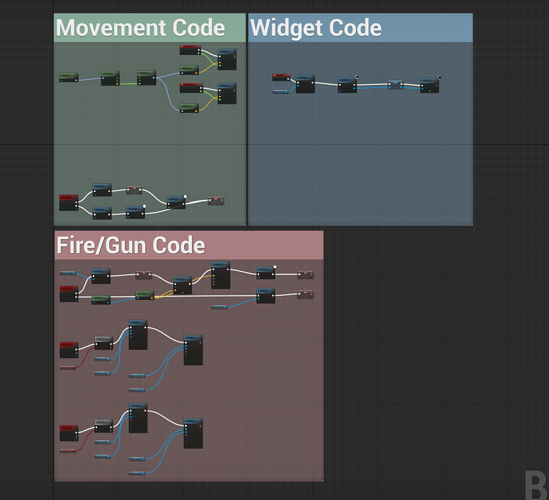 but my god that blueprint graph formatter plugin is a lifesaver, add some comments and it looks so amazingly clean.