My set-up is the following: 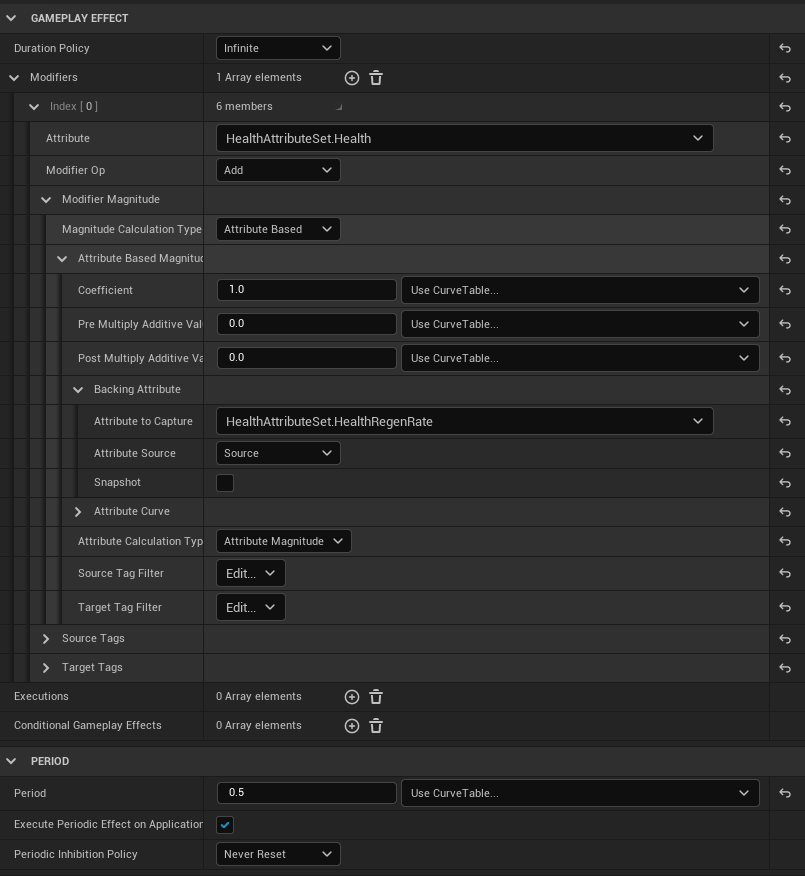 Here is my HealthComponent code:

Warning: Modifier on spec: Default__GEHealth_C was asked to CalculateMagnitude and failed, falling back to 0.

Sometimes, I don’t even see the warning, nor other simpler gameplay effects (i.e. instant damage) silently fail to apply to the target.

Thanks for reading and offering your help.

I’m the author. Esentially, I was seeing inconsistent application of gameplay effects, and I believe I found a solution.

solution is either Controller implementing IAbilitySystemInterface, or setting character as both owner and avatar.
I chose the latter because in my game the character owns all the abilities it uses anyway, and I didn’t see the need to go with the former at the moment.

I was able to debug the issue thanks to engine code debugging symbols, which I got from Epic Launcher.