Re-Spawn has a game timer that is set for each map rotation. This allows players to connect to a running game at any point and also imposes a time limit on map rotations.

What is the best way to implement the game timer?

Is it just a onTick event by the server that sends an update to all clients every second or is this some smart HUD element somewhere that I missed.

UE4 has timers built in. I’d take a look at the “set timer” node. You might want to make a timer in your level blueprint and set it to be replicated, then in your HUD display the timer somewhere. That might get you started but I haven’t played with these a lot myself yet.

I haven’t really messed with this sort of thing before, But onTick should be avoided at any time possible since it uses so many processes. Maybe try using a deltaTime on the server and casting to all clients.

I think I may have found a solution … need to go through it but it seems like it will do the trick.

In his tutorial he can stop the timer but I won’t be needing that. 8-}

EDIT: Got it working and instead of counting up it counts down from the set round time. 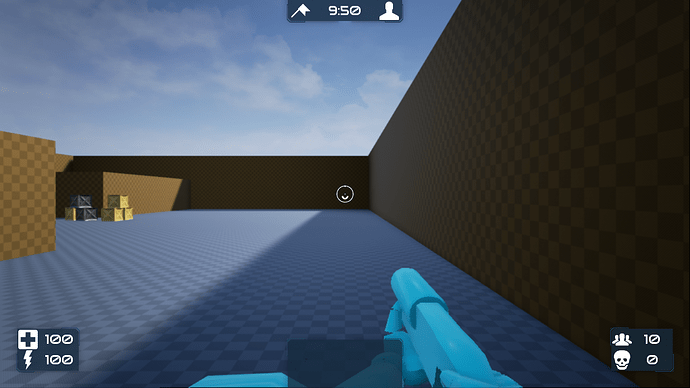