[GAME] The Pardoned: Tale of the Undying King

The Pardoned: Tale of the Undying King

Hey guys, we’re Full Frontal Cortex, a pair of Computer Engineering undergrads who for the last couple of months have been working on this project we present to you today.

This thing started off as a Pathfinder/3.5 pen and paper RPG. We both wrote the lore, story, and encompassing world and both GMed for a group of about 8 people and as a cool accessory, created our world’s map in Unreal 4.

This map my partner made was massive, and I don’t think it was something he wanted just sitting around idly. So eventually he talked about making a game out of it and invited me to join that project.

Right now the game is in an early production stage. We’ve used free assets for our models and some from Adobe Mixamo free stuff until we can get an artist on board (we’re looking btw!). 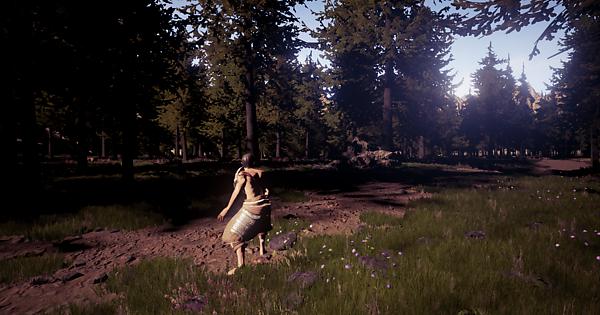 Here’s some screenshots of our current model on an old map which can also be viewed here.

We’ve since moved up to World Machine and some better textures and foliage that renders even more beautifully than the original Unreal assets and I’m excited to present you some shots of our final map candidate.

Gameplay wise we’ve had to rewrite a lot in the last few weeks to tighten up a few bugs and use some neat animations we recently acquired from the Unreal Marketplace. The moment I have gamplay footage, I’ll share it however! 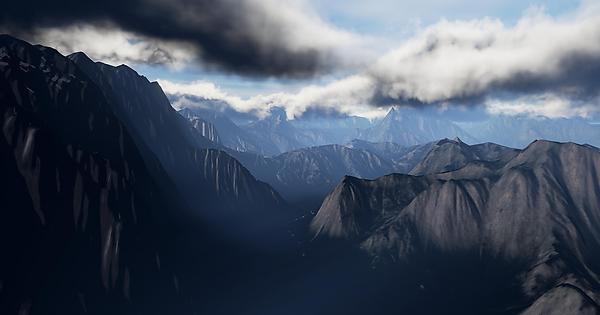 If I thought our original world map was massive, this thing is gigantic. Enough that we’re in the process of making a horse for some Shadow of the Colossus style exploration in sweeping valleys, thick forests, and beautiful vistas.

Right now the features we’re looking into how to implement branching story lines and multiple endings which, luckily with the power of blueprint, shouldn’t be to hard to figure out.

We’re also interested in bringing couch coop back into style with multiple playable characters to have some fun with your friends (or online, but what’s the fun in that?). The best part though is how we integrate branching story lines with multiple players which I’m excited in exploring.

We’re also in the prototyping stages of an AI system for our NPCs, that would handle their day to day activities using defined skills shared for all actors. The desired result would be somewhere like how NPCs wander in STALKER:Shadow of Chernobyl.

If you have any question, or just want to chat, you can reach us at ffcdevs@gmail.com