I just thought I’d share more information about this project I started 12 months ago. Here is a story I wrote as an introduction to the game me and my team are going to be building.

First to tell you about the name we picked: Saurotopia. It’s a combination of two Greek words and their meaning is Lizards Place. Sauro standing for lizard and Topia for the place.

I’ve looked a long time for the right name, did not want to pick something quick and dirty. I may have been inspired a bit by a Dinotopia which meant Terrifying place. It was a worldwide known name and a book that sold out in 150 countries.

I wanted to do this project for the last 3 years and I was fortunate enough to have the stars align 12 months ago when I was able to start funding it my self and decided to go ahead and start the project. I’m the only investor currently and I manage to create a small team of 3-4 people currently helping me bring my vision to reality.

Here first is a story I’ve written around 11-12 months ago about the introduction to the Saurotopia universe I envisioned. Saurotopia itself is something player would be exploring as they enter the world.

After the story, I will post some nice images of Dinosaurs we have built so far. If anyone wants to find more information about the project, for now, we got a reddit community of 1000 people following us, so if you would like to stay updated on the project please join us here:

r/saurotopia: The place to get the latest news on Saurotopia project. What's in the name? It's Greek and it basically means Lizards Place. [Sauro …

It’s the time of WW2 and the world is in depression and turmoil, the weight of the war has torn countries apart and everybody is hoping for a quick end to the war.

Meanwhile, an American bomber airplane with a crew of 3-4 young 22-27 somethings soldiers is heading back to the USA mainland to the military base. The pilot is drinking lightly from a bottle of quality whiskey while the rest of the crew is tired and half asleep. The airplane is in good shape and has not been damaged in the battles. There are sexy pinup girls on the side of the airplane as decoration.

They are flying over the place known as Bermuda Triangle and without any of them realizing they fly through the portal which has formed over Bermuda Triangle and they are physically linked back to the prehistoric past. Both the bomber and the crew are sent 100’s of millions of years back in time. The land they find them self’s flying over now is uncharted and there will be no airbases to land on.

As they are flying the pilot who is already a little bit drunk notices a large bird-like creature flying alongside the bomber. The creature is as large as the bomber itself and is able to keep the same speed. Creature head turns slowly towards the bomber and it locks it’s large eyes on the cockpit and makes eye contact with the pilot. The pilot is bewildered not sure what to make out of it, he gains enough composure and tries not to let out any screams to alert the crew, figuring it’s all just an illusion. It must be his tired mind playing tricks on him after all such things cannot be real.

He closes his eyes hoping that the strange creature will go away. When he opens them again 20 seconds later the creature is gone and the pilot lets out a deep breath. He was right. It was just his tired mind playing tricks with him. On a long trip like this, a man can start seeing strange things.

The bomber is currently flying over the sea, at low altitude to avoid enemy radars. What they do not see but the viewer sees as we zoom out a bit above the airplane, in the sea waters below close to the surface there is a large shape appearing to be some sort of marine lizard hunting prey in the waters below.

They fly for an hour or longer, the pilot does not see anything else that is strange and out of place. He keeps reminding himself though that the large flying creature he thought he saw earlier was just a product of his imagination. He mumbles something to himself about staying of off the alcohol.

The bomber’s fuel is running out and their radar technology seems to be worthless as they can not locate the base. The radio is also worthless as nobody is responding to their calls. They seem to be alone, however, the pilot and rest of the crew are determined they will make it home alive.

They will have to make a landing over a dense forest pretty soon since they are running on last fumes of fuel. If they survive the landing, they will find them selfs in the swampy parts of the forest. The crew is praying they can survive the landing and they hope to reach the nearest base by the foot.

What awaits them in the swamps and further on? Can they survive and for how long? Are there any other soldiers there that were transported back by the same time portal? Has the portal sent enemy soldiers back as well, how many? Is there any other intelligence in this uncharted land other than the dinosaur intelligence? To find out they will have to survive long enough and perhaps find a way back home…

The game would not be a survival game, I’m interested to build a fun action & adventure game with style of play one could experience in Uncharted with intense battles and then some quiet moments as one explores the locations and solves puzzles. As you could see in our models and art we are going for AAA quality here and no time is wasted on doing something quick and dirty. I believe in making something grand that the whole world will enjoy, so we’ve been taking our time.

Our plan is to prepare a demo and pitch so we can apply for Epic Mega Grants and later down the road after we build a better demo approach Kickstarter and IndieGoGo. Should neither of these options happen I’ll just continue to fund it my self, progress will be slow but I’ve decided I’m gonna get this game built!

Last but not least a bit about me and why I’ll finish this game. I’m a software engineer since 2000, I’ve been 3d artist hobbyist since 1997, I’m passionate about creating a new fictional universe something that millions of people around the world will enjoy. I’m a storyteller and I plan to use UE4 technology to show the world a new kind of story where these subjects will all combine to create something epic: Dinosaurs, Bermuda Triangle, Time-Travel, WW2, American Soldiers, Enemy Combatants (Germans, Japanese), Epic Landscapes, Majestic ancient World. The above story is just one of many stories I plan to tell in the Saurotopia universe.

If anyone in Epic Games finds this interesting you can find me here and can check my creds:
https://www.linkedin.com/in/nikocraft/

I plan to get in touch in a couple of months… 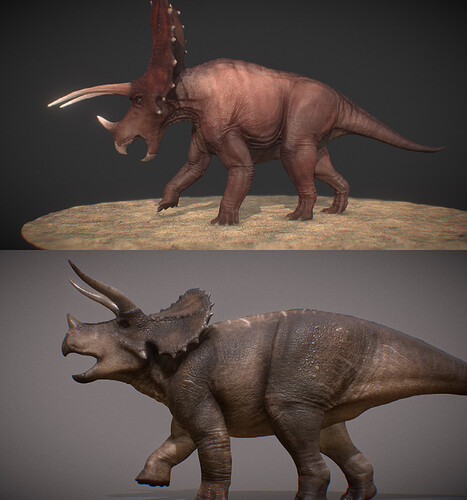 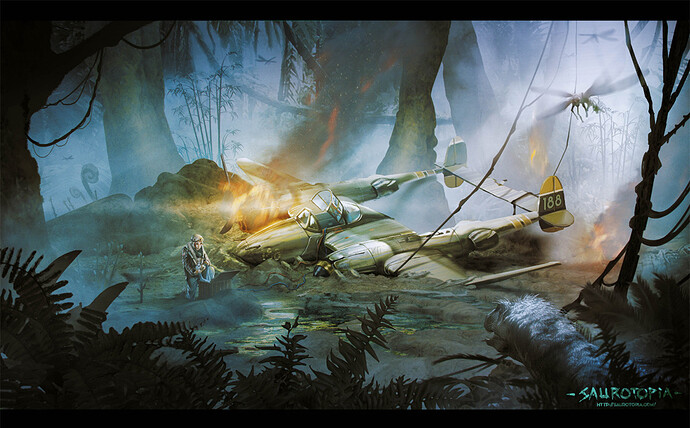 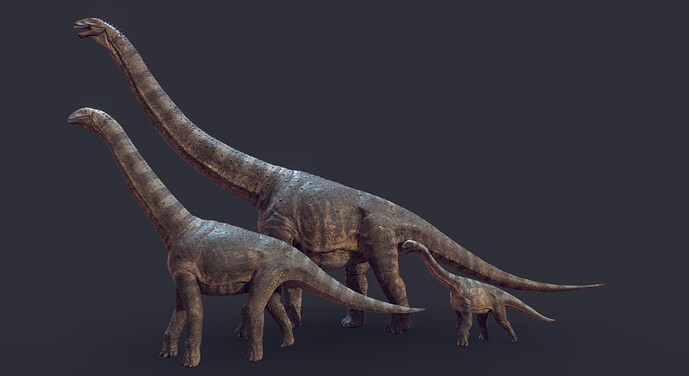 For some animations check out these links:

r/saurotopia - Here is Rugops for you to enjoy, let me know in comments what... 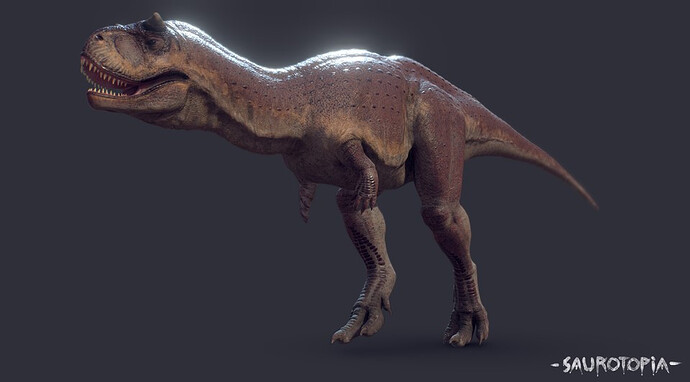 Last but not least here is our downed pilot and hero of the story we plan to tell. 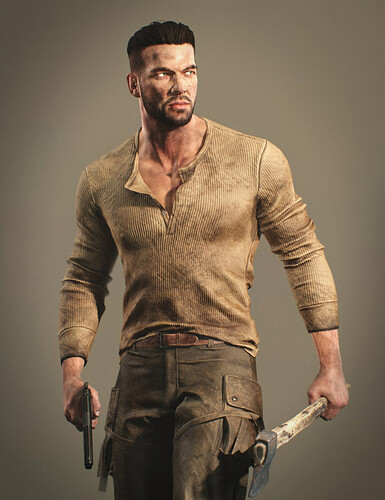