If this game sounds interesting to you please let me know! the more support I get the quicker this game is likely to come to Steam and be playable!

In Rat House there are two teams, Humans and Rats.
This game can be played with any amount of players but is best suited to 4-8 players!
In a standard 6 player lobby you will have 2 Humans vs 4 Rats.

Humans must defend the food in the house and try to either disrupt or kill the rats to prevent them from collecting all the food in the time allotted.
Humans have access to three important ways of countering the Rats.

FIRST is a mighty kick that will deal damage to a rat and send them flying across the room dropping what ever food they have in their mouth.

SECOND is a trap which can be placed anywhere in the world and looks identical to normal food but when a Rat tries to pick up the trap they will be locked in place and take some damage over time, to escape the trap they must complete a small mini-game, if the mini-game is not completed they will die in the trap.

AND THIRD is the ability to place down what I call “Blockers” which are small obstacles that rats can not pass, you can use these to stop a running rat or simply place them in front of rat holes to stop escape or prevent access to a room.
These “Blockers” can be destroyed by rats but it takes some time so don’t count on an easy escape as a Rat.

The Rats must use what ever tactics they can to secure all the food in the house in the time allotted.
It sounds easier than it is with the tools the humans have at their disposal.
Rats can be killed but they will also respawn after a short delay (So risky tactics are encouraged).
Rats also have access to more paths and passages than humans which they can use to get around the house relatively safely but eventually they will have to step into the open house to risk it for the…well biscuit. 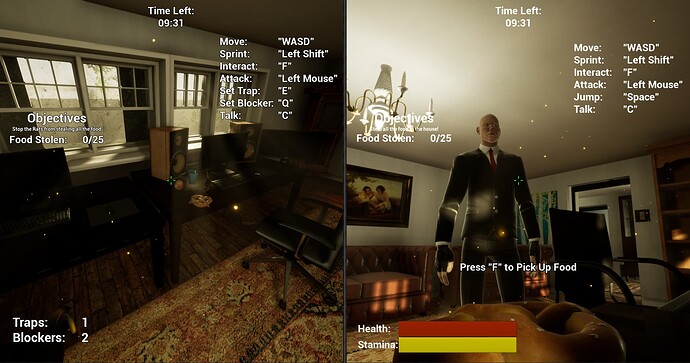 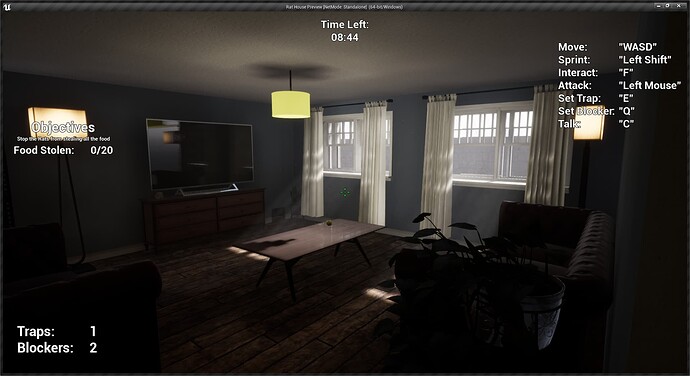 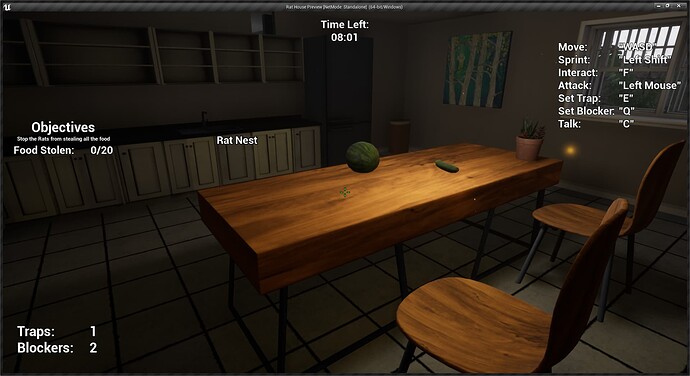 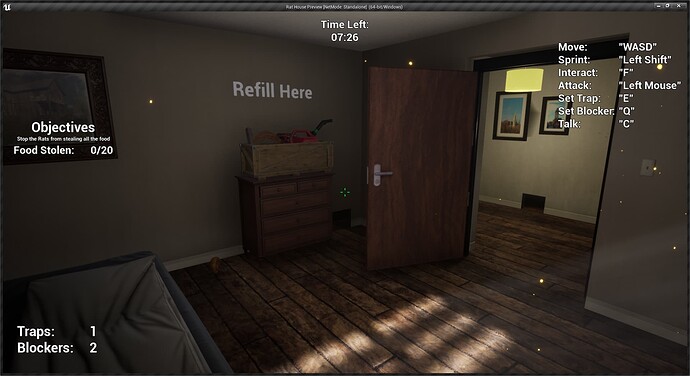 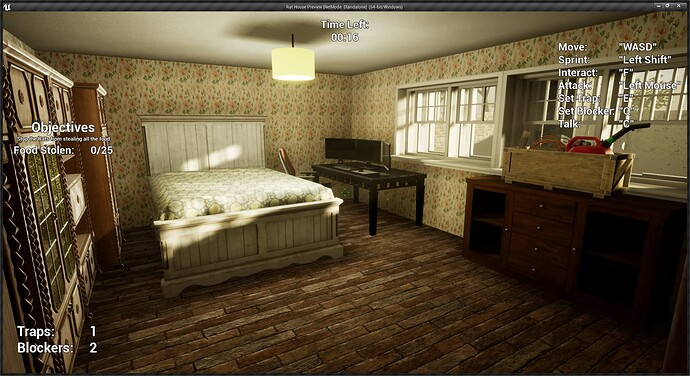 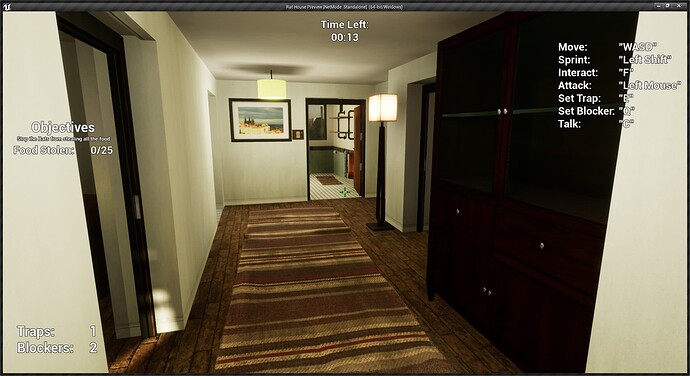 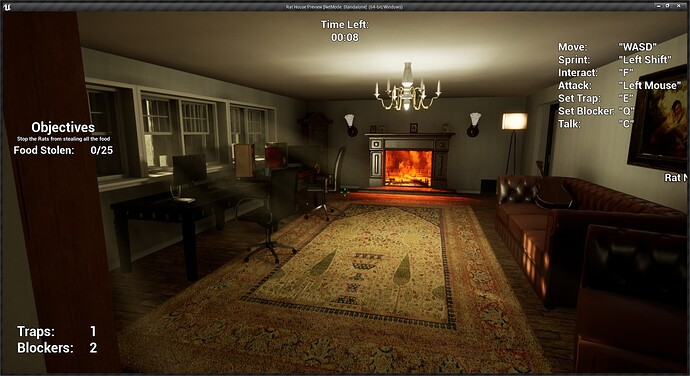 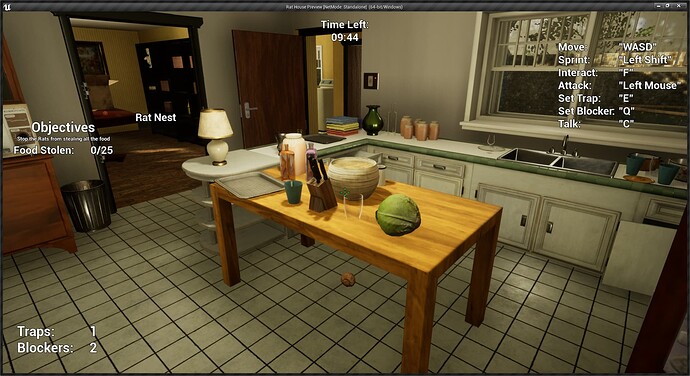 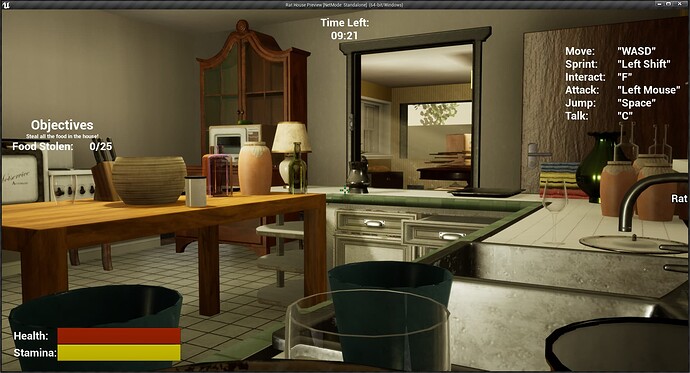 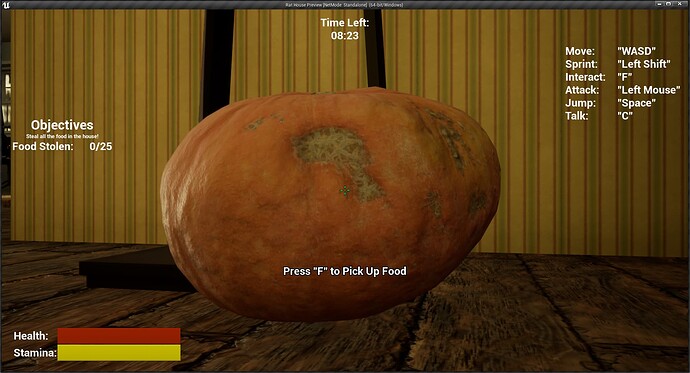 I am thinking about releasing a demo version of the game with only 2 maps for people to test and give feedback, would anyone be interested in that?

I’m going to put together a short gameplay video soon so look forward to that!

Hey Gaandi!
Super excited to watch your gameplay video honestly. The map you’ve created seems so well-thought-out and backed by passion. Although that evil rotten pumpkin should never be labeled as “food”, everything seems so dreamy and charming.

Wishing you all the best. Keep up the great work!