Game of Thrones - Beyond the Wall - fanart [playable scene]

Game of Thrones: Beyond the Wall is a small personal project in UE4 in realtime that I’ve decided to make in the past month after watching the season finale of game of thrones.
After Jon Snow’s departure beyond the wall noone really knows what happened to him, I’ve decided to share my idea about his faith.
Jon Snow is long gone beyond the wall and the last time we’ve seen a dragon was flying east, Jon might not have been the King of the Seven Kingdom although after he left beyond the wall alongside the wildlings and the night’s watch which treated Jon as a true leader…a true King.
In the scene you can see how I imagined to be the castle belonging to Jon after his death, the docking area pretty abandoned and desolated, two dragons at the entrance of the main courtyard before the throne room shows that he never forgot his true heritage.
This is the outdoor of the castle that I’ve imagined after Jon’s death abandoned and covered in snow. The next Environment will be inside the throne room. 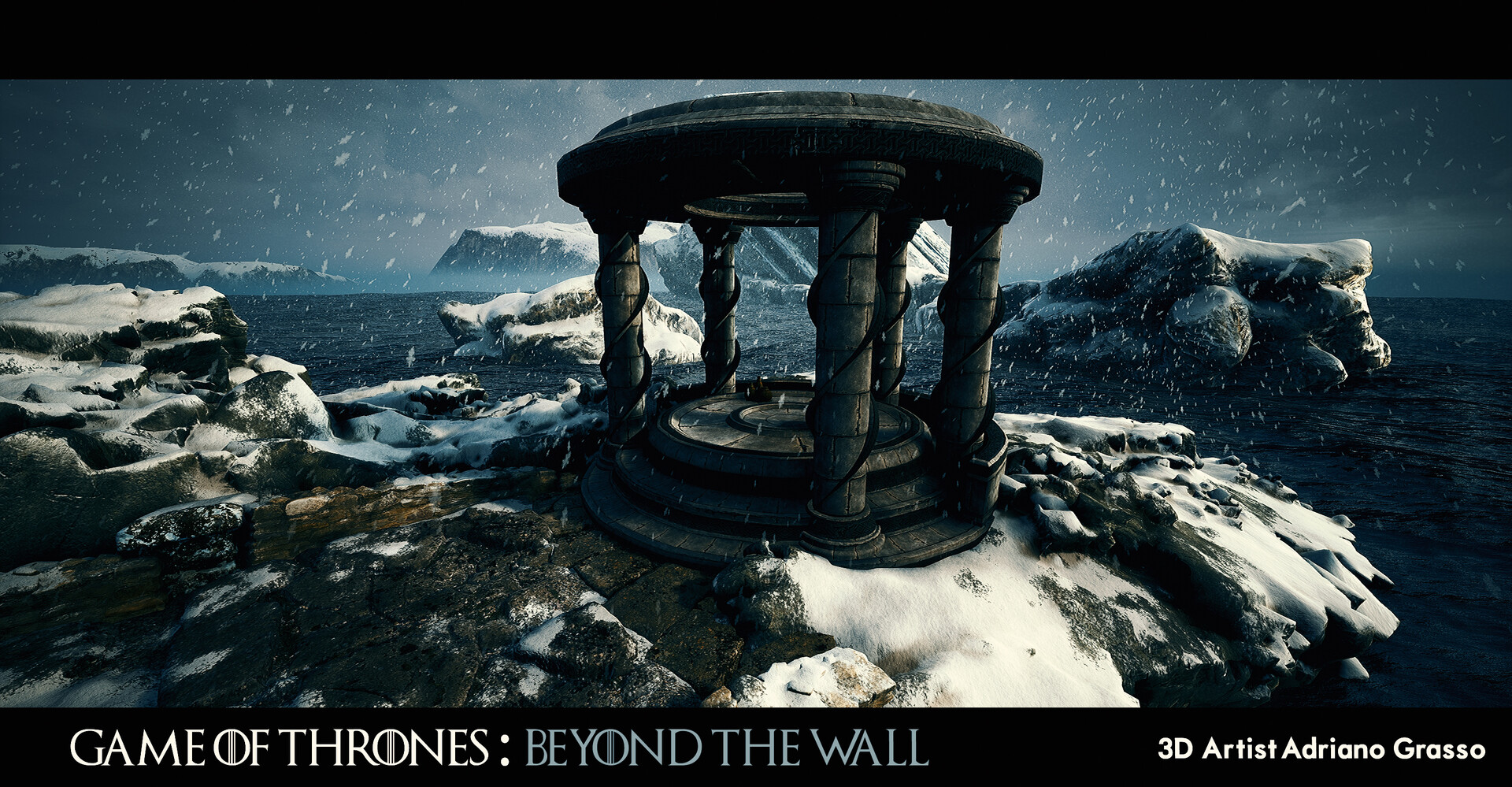 Thank you so much! I would love to share the playable demo as soon as possible, I just want to finish the throne room in 2 weeks possibly but I see it hard considering I want to create a pre throne room hall I hope by the next month I’ll be able to share my playable demo.