Iron City Games has announced their new dystopian Sci-Fi Military Simulation FPS, GearStorm](https://c212.net/c/link/?t=0&l=en&o=2432893-1&h=1990891960&u=http%3A%2F%2Fgearstorm.com%2F&a=GearStorm), which will release on Steam for PC in summer, 2019*.* Set on a distant planet in a zombie infested, post-apocalyptic future; players wage war amidst the devastation caused by the biological catastrophe known as the Phage. 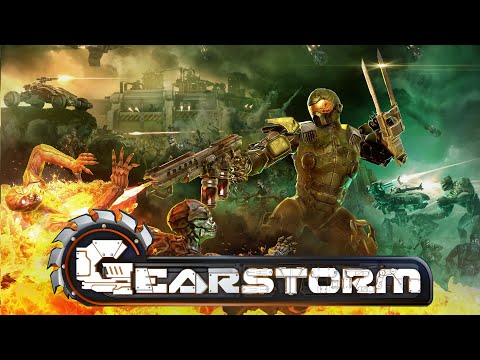 *GearStorm *gives players and admins unprecedented control over their environment and gaming experience. The game puts the future of the planet in the player’s hands with its completely destructible terrain, quest-writing systems, and living alien world full of dynamic AI factions for you to fight alongside or against. Admins will have even greater control by being able to set weapon range and damage, weather, time of day, AI difficulty, spawning items, and base-building capabilities.

Whether you want team battles over the resources of the planet, or a story-packed colony-building experience, or a persistent player vs player environment that you can customize, this game has you covered. GearStorm isn’t just another survival game, or a base-builder, or a sci-fi shooter, or a sandbox…it’s all of them and more.