Hi GUNTHER, I think you should know that there already exists a (pretty sweet) game called Brutal Legend, so you might want to reconsider the name. 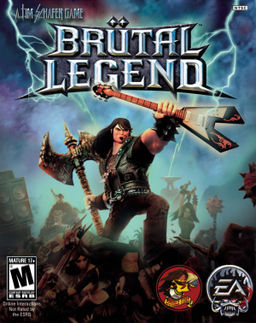 Also, this is for the mods to decide, but if this is not something that is going to be released on the Unreal Marketplace this thread probably belongs in the Work In Progress subforum.

I have moved your thread to the WIP section because as Monokkel pointed out this is not related to the unreal marketplace.

Not to mention that even if you re-used the name, you can’t beat Jack Black as a hero with an axe and an ax! Why try!