Frozen Dystopia in the Forest

I’ve been working on this environment in UE4. It’s based on a concept by Ilya Dykov.
The mood I’m going for is morning/mid afternoon, as if you just stumbled upon this dystopian thing in the middle
of the woods.

Here’s where it currently is: 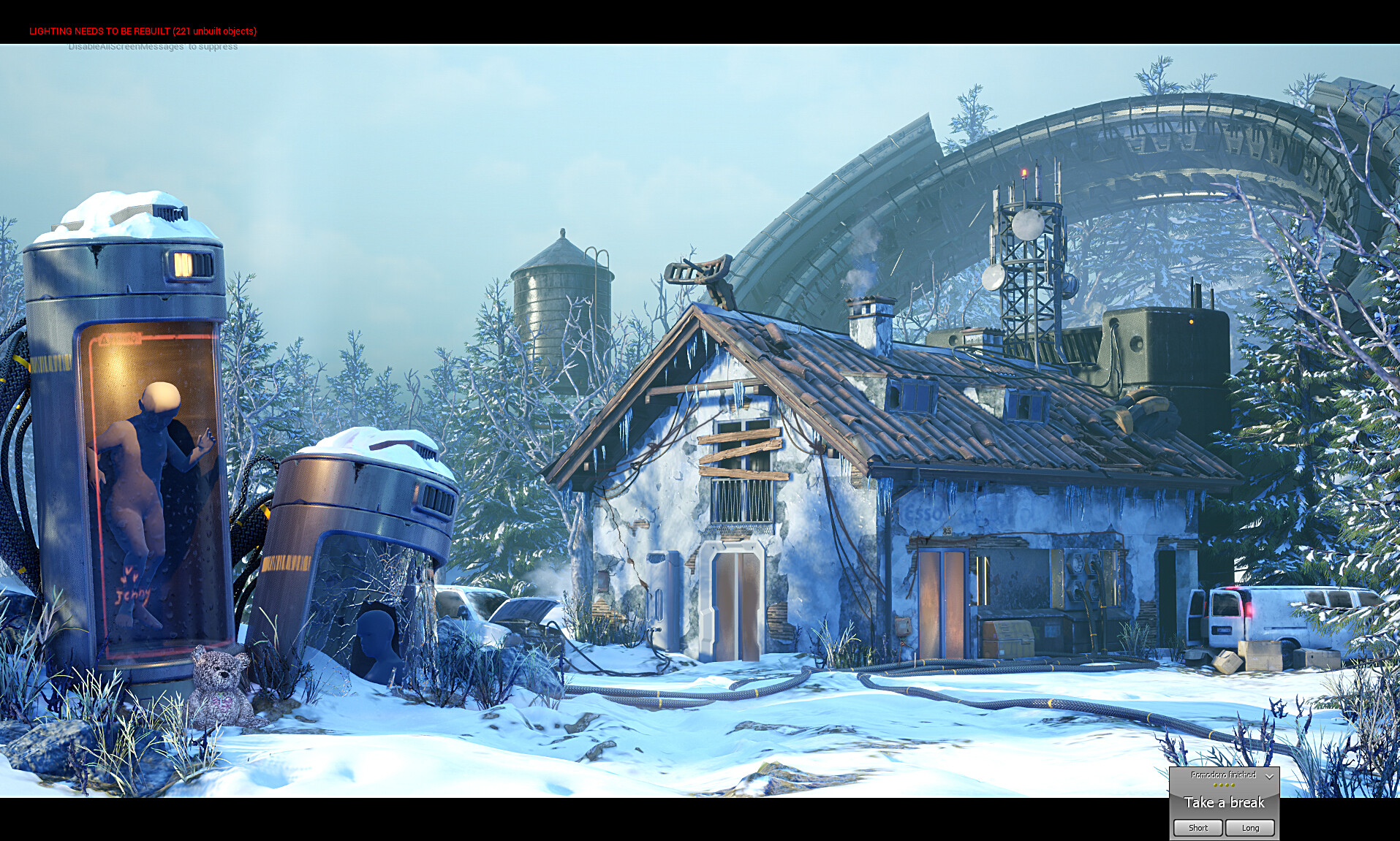 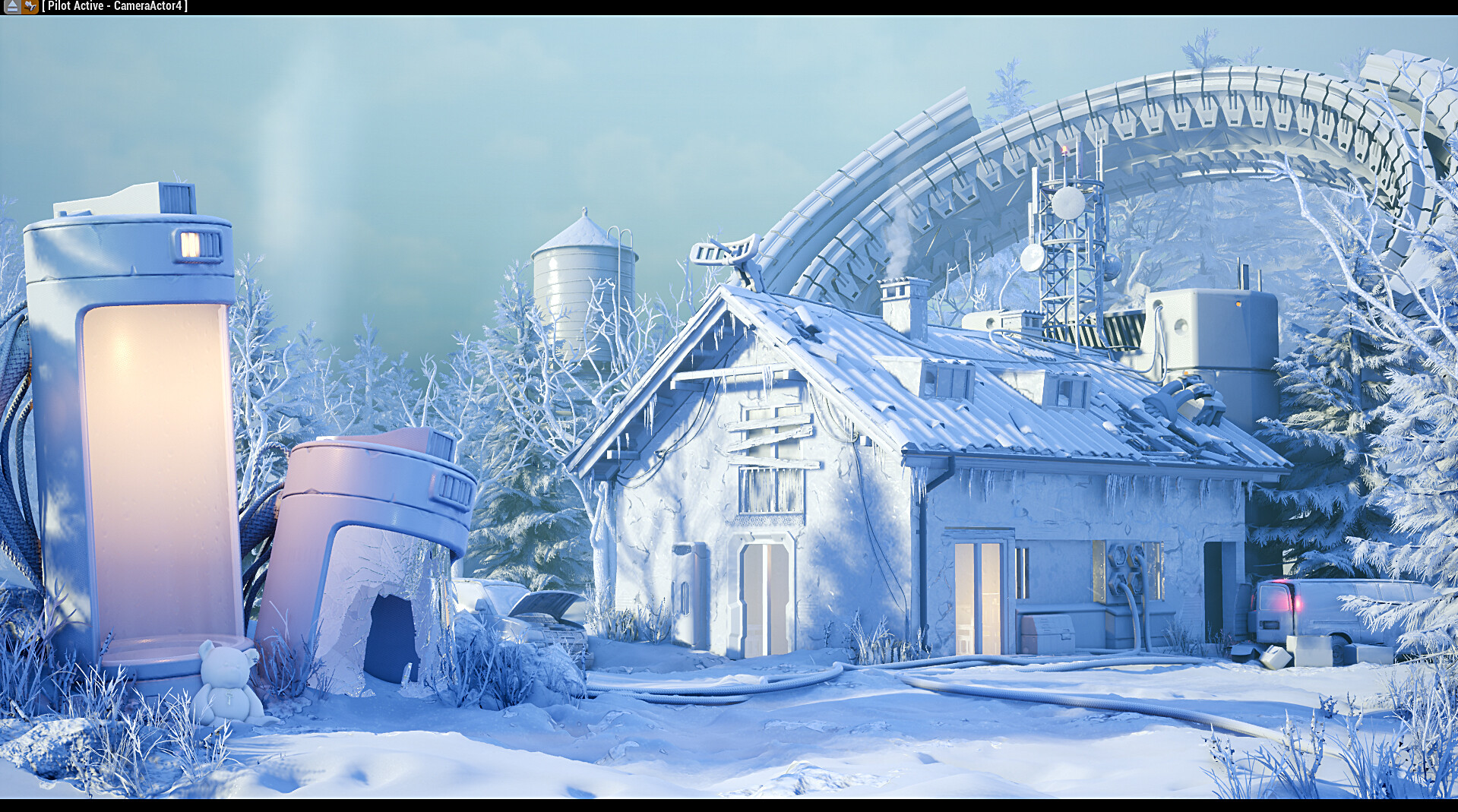 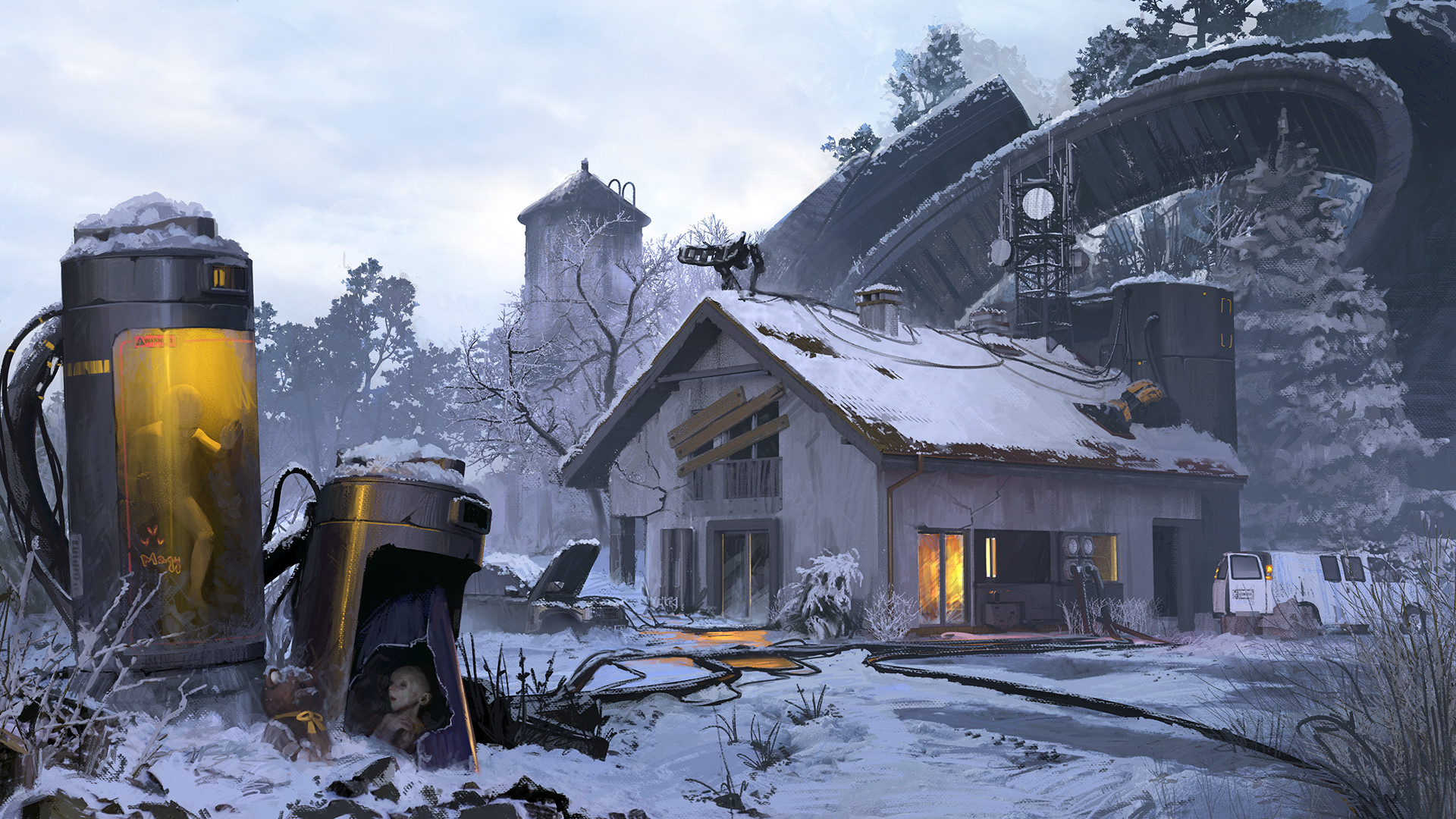 There’s still much I need to do but I’d appreciate any and all pointers and comments! Thanks!

Nice work! Only suggestion I’d make is to perhaps slightly tone down the light intensity a bit. It’s almost blinding where it directly hits the snow. Other than that looks great. Very close resemblance to the concept. =)

Thanks @SE_JonF ! At this point I want to get all the details in place and then I’ll do a lighting and post process pass to add more contrast and as you recommended tone it down so its much more balanced across the board

Getting a few more minor fixes and some snow before the big changes:

Very impressive. Would you consider doing a break-down video of the scene? Also, how long have you been working on this one?

Thanks @mr137! Sure, I’ll probably do one once its done and ready. I guess in total about a 3-4 weeks at this point!

Doing some volumetric fog tests and probably gonna redesign the switchboard area(right now based on a Pray concept):

Been trying some drastic tests for fog and testing direction for new trees, so placeholders for now(Thanks @koola )
It’s a bit over the top and prototype-y but I’d like to hear which direction is better to go for?

Here’s another small incremental update(cables on building, interior lights and a few small things here and there):

And the lighting only(Terrain bugs out for some reason in this mode):

I’m thinking about redoing the house and instead of just blending materials as it is now making the whole
thing in zbrush, it will surely look better close up but I am not sure it’ll be worth if for the camera’s view…

Time for another update! Added a whole bunch of stuff as well as wip stuff for now.

Let me know if you’re got some feedback!

I like the wiring on the side of the house

Fleshing out the scene some more. There’s still lots of temp meshes in there but bit by bit I’ll go through all of em.
Trying to keep from spending too much time on each asset and focusing more on the scene and mood.

Any feedback is very welcome! Thanks.