Alright, so read this thread first:

So for my final year of Uni I decided upon writing my dissertation on the merits of procedural generation, with the practical side being that I generate a fairly basic solar system with orbital paths and procedurally generated textures. However, I’ve...

It is an old thread, but I felt that I had to link to that as some of the things in my material are not my own (the look up table that RyanB provided) and there’s just generally relevant info there.

Okay, so in regards to this material: It is super hacky and not all of it works as intended (the polar caps only show in the preview and the procedural starfield is something that should not work even as it does) but I’ve received a stupid amount of PMs asking how I made my horrid planets and I figure that it’s time to just let everyone have it. I have not worked on the material since I posted the results in that thread, so no, they aren’t better than the pictures you see here. If you do use this as a base, I’d love to see you take the material further and hopefully share your material with everyone else as I’m doing now. Well, that’s it for now. I hope you get some use out of this. 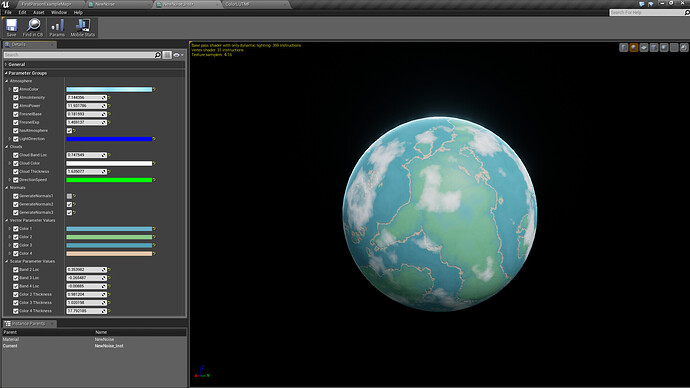 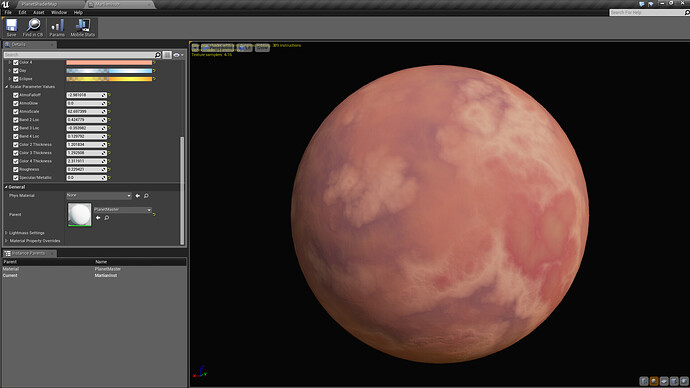 Edit: There’s no .uasset file (I’ve already gotten a PM about this) because of the issues that arise when people try to manually put in .uasset files and I don’t have time to help if there are errors. So I rearranged all the screenshots and added in a detailed instruction file to alleviate any issues that you may have in manually piecing the material together.

What I’m hoping to see is people take it much, much further than I did since UE4 now has new types of noise nodes. Have fun!

Edit: I tried to post these pictures here, but I keep getting database errors.
These just show scale and the starfield material. 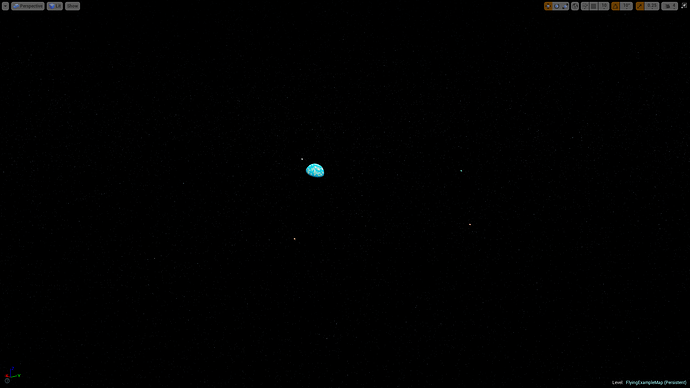 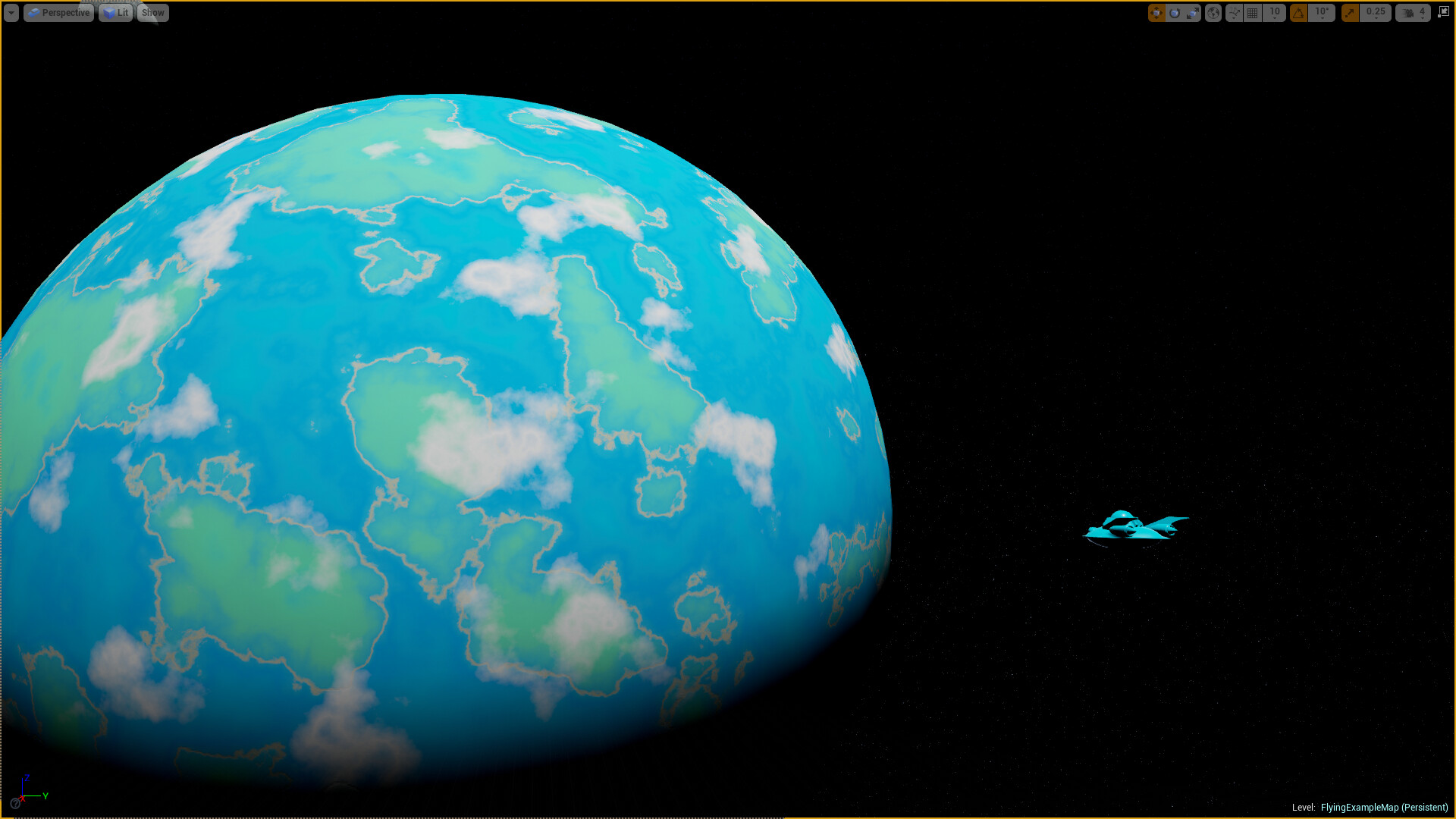 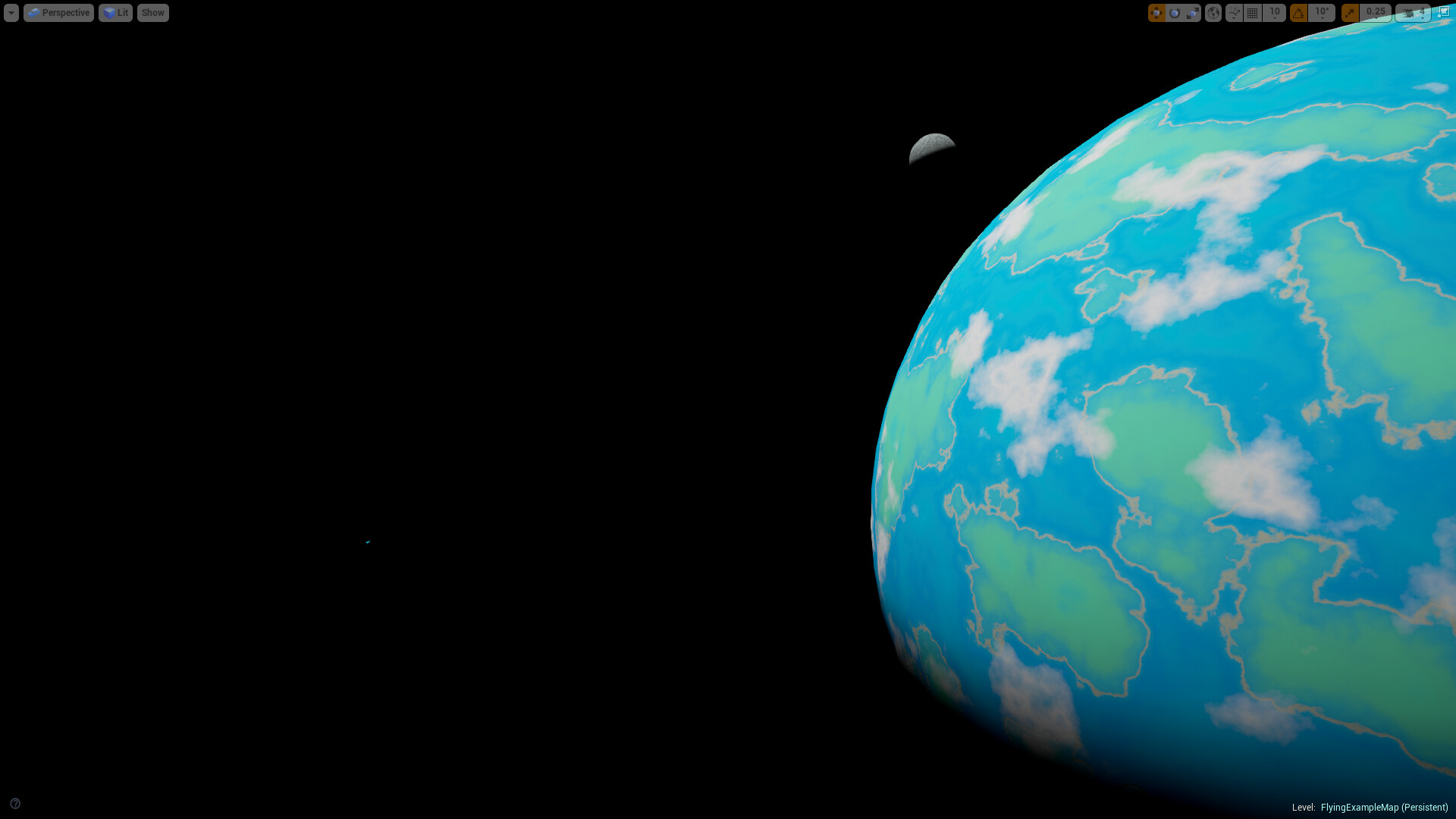 Thanks for exposing this James. It’s fun to play around with

Yeah, the differences in the screenshots for the atmosphere are easily explained. In the read me I mentioned having a different set up when I posted the results in the original thread but since switched to a variation of an atmosphere set up that JBaldwin posted a very long time ago. So the fresnel power/boost, etc don’t exist in the material that I provided.

As for the noise remapping, I wouldn’t know since I have yet to upgrade past 4.12, sorry. However, everything should/will still work with the revamped noise nodes as it’s just providing color information to the black and white values.

Hey JamesEmory, this is a great share I’m sure a lot of the community will go bananas over! I’m surprised this thread isn’t 5 pages long by now o.O I’ll be sure and tinker with this a bit, share any cool shots, and also anything I might do that expands on it. Thanks a bunch, and keep it up!

[edit] Also, on the previous talk about the noise nodes, I don’t believe the old noise was done away, but a new one added. Don’t hold me to that though! [/edit]

Hey Derjyn, thanks for the kind words. While it would’ve been cool to see more people use it or talk about it, I can understand why they didn’t.

However, I have made the decision to revisit this project and take it as far as I can, so this will be updated at some point.

hi, I was trying to make the material when I came across a problem. How did you get the ColorLUTMF part? I can’t find it anywhere. Please respond

Wow, the colors are great and looks too real. would you explain me, where you found the ColorLUTMF Part?

What would be really kind

Anyone know what is the block circling in red?

Nilson is right, but there’s really no reason to try to piece this asset together. I made it when I didn’t know what I was doing and it is terribly unoptimized.

Nilson is right, but there’s really no reason to try to piece this asset together. I made it when I didn’t know what I was doing and it is terribly unoptimized.

So, the question then arises…do you have a better version of this? Because honestly, that’d just be great.

Not beginner friendly, If you know what your doing could work as inspiration. But if you not deeply familiar with material editor don’t waste your time. Not included anything on material settings and missing few shots so it is very hard to actually get it working.