I would very much like to have a (as freedom) free flowchart (blueprint) where I could make my plans. They would not be compiled, but would have similar framework/structure as the blueprints. The main difference is that you write whatever you want into all the boxes, make your own nodes, and they would connect to anything. I’m pretty sure this might just take a couple of hours to implement, for most of the work has already been done > (blueprints).
So, the short of it, I just want a flowchart tool. I don’t mind needing to erase all the flowcharts before publishing the game. I would have all these flowcharts/blueprints in a ‘ProjectPlans’ folder at the root, alongside many other things such as ToDo lists.
Please tell me (community) what you think. Most of my ideas end up in the grave anyways, so if you don’t like this idea, share it with me, by telling me what is wrong with it, and maybe I’ll change my mind with you. Wouldn’t be the first time

imho it’s a pretty cool idea, you have my sword!

So it would be something like a pseudocode for Blueprints… + Maybe with possibility to get real function names too, along with the free ‘name it however you want’ node thingy ^^ !

I think that might’ve been suggested before. It would be like a mixture between trello and freemind and jira. Being able to create tasks that can be assigned to project member and notes added. would be a great project management tool.

You could try various mind-mapping and flowchart design software.

Most of these tools have “box with text” and “line with arrow that attaches” tools built-in.

There’s plenty of good, free flowchart and graphing tools that could help you. My personal preference is MindManager, however this isn’t free.

i use google drawn and my programers are happy. 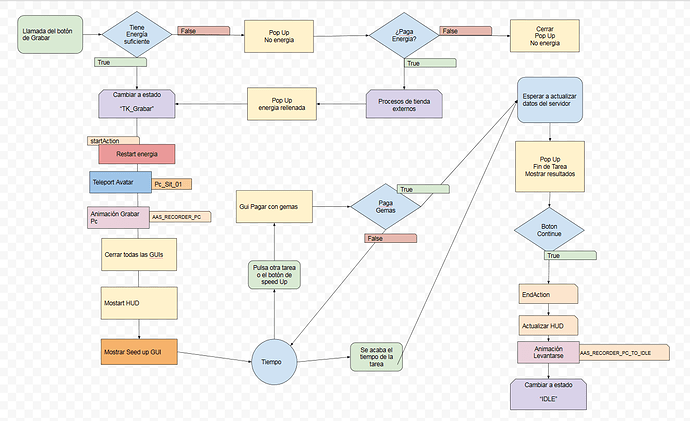 Did you ever come away with anything? I agree that this would be an amazing software. If nobody can find anything, maybe it’s time to switch gears to another project for me… lol