An intense couch-play multiplayer twin-stick shooter with some of the fastest and most frantic gameplay around. It’s a single screen, explosive arcade blast of fun where the weapons and levels are deadly and the rivalry is fierce.

We’ve been posting updates about Fragmental in the Work In Progress forum, Screenshot Saturday etc. but the great news now is that we’re ready to launch the first version on Steam Early Access. We’re actually going to announce our exact launch date live on Twitch tomorrow night so come and join us if you want to see what’s coming on day 1 and when. The Twitch stream kicks off Thursday 18th February at 18:00 GMT / 10:00 PST / 13:00 EST and you’ll find us over here Twitch 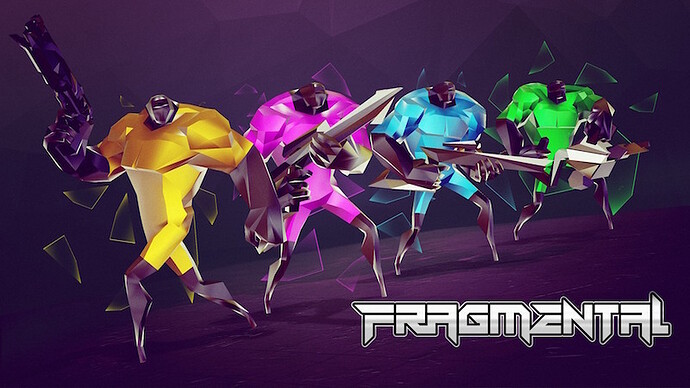 Lots more information about the game is available on the Steam Store: http://store.steampowered.com/app/424040/

We’ve softly announced our release date - we’re coming out on 29th February. Only 9 days away!

Was following this on your other thread, looks great!!

Congrats ! Looking forward to see this in action