The goal is to produce a subtly different take on the first person perspective. Normal wasd-mouse/left stick-right stick controls are still used. Direct control is over the body (wasd) and direction of sight (mouse), which means as you will see is more than just directly rotating a camera. In the following video, 98% involves no wasd/left stick movement, the “leaning” or " looking around" effect is automatic, dynamic and the inherent fundamental difference to the usual first person perspective view. The main difference is that you are directly moving the eyes and the head automatically follows your eyes with the eyes also having and amount of calculated control to keep them facing the direction of sight. The head then moves to match the eyes direction of sight. This is different because if you notice in real life if you rotate your head the to the left. The eye is a child of the head so moves in an arc physically in 3D space. Try it yourself. You sit stationary looking at your screen. Somebody walks by you to your left. You glance at this person for a moment so the position of the eye is still the same (the rotation has changed) but then if you look at the person, your head rotates and as a consequence of your eye being attached to your head, the position of your eye changes not just the rotation. Your eye then naturally rotates back to the direction of your body. Keeping your head still move your eyes to rotate back to the screen. You can now actually see behind the left part of the screen. In the video, there is no extra leaning going on, it is the natural effect of the view changing because of the head and eye positions.

At the moment there is a slight amount of drift. It’s not supposed to be there and will be eliminated during development. Further updates posting to Twitter @astonishedbd and http://www.astonishedbydesign.com

Honestly, I can’t really tell the difference between this and traditional FPS, besides a slight drift (which you plan to eliminate). Maybe it’s different if you play it yourself. However the idea is definitely interesting. More precise simulations are going to be important in the future with recent developments in the VR area.

Sounds interesting to me, I look forward to where you go with it

Here is a new video of the effect when close to objects. Pretty much all unnecessary drift is now eliminated. 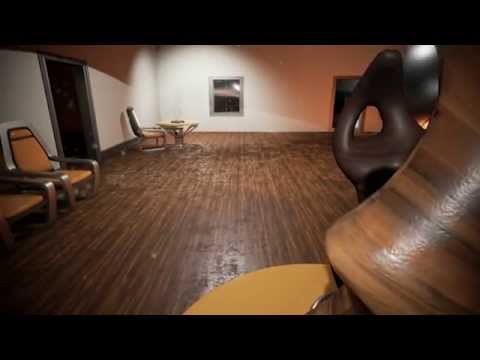 This is a cool idea - I can see it working well in slow-paced exploration games like Gone Home, where the immersion tends to be undermined a bit by the feeling of looking through a rigid hovering camera rather than a person’s eyes. Definitely seems promising

I like the idea. I’ve been thinking about this myself

Kinda confused by the negativity in here. I think this would be great for any immersion-driven first person game that isn’t about gunfights.

Kinda confused by the negativity in here. I think this would be great for any immersion-driven first person game that isn’t about gunfights.

Thanks. It is a hard thing to show off in a video. The simulation has the ability to immediately tighten up completely to act like any old FPS but then dynamically change to environmental immersion state. The best use of this I can think of recently would be in something like Bioshock Infinite. It had lots of nice and detailed objects everywhere in which I was left standing stationary or using strafing actions to try to get a better view of them, at the downtimes between battles. There where literally multiple times when I said to myself, I wish I could explore this area with the FPSimulation. In regards to the name FPSimulation, it is kinda stealing from FPS (first person shooter) but it is trying to re-iterate that the first person perspective can effectively be used for more than just shooting things i.e Gone Home, Serena and Dear Esther etc. , which is something that will always be around (just started on Wolfenstein, which actually has an interesting leaning mechanic like Arma, which both involve holding a button and then using directional controls to change the position of the lean).