So I’ve been playing with VR for a little while, I got an Oculus Rift some weeks or so back. Can’t remember now exactly, I think I got it in October. I’ve played a bunch of stuff but obviously I also want to make stuff. So I do have some things I’m working on but with the release of Touch, I had to do something there… asap…

So I’m putting together this little shooter project, it is based on a project I had lying around for a while as well.

The main goal up front for me is to make a control system that work well with one controller, a system that allow you to walk around. I understand the reasoning behind teleporting in VR very well, but I personally want to be able to walk around. At first I kinda felt that VR head dizziness you get from motion on there but I’ve since acclimatized to it completely and don’t feel it at all anymore. Some things can still make me feel my balance is affected but yeah, that’s pretty extreme. My system is really the least affecting by just walking around, no funny business.

I think right now it actually works pretty good. I have the major components functioning in a way that feels good, allowing some time to obviously just get used to it. It’s one of those things where I have set up what I think would work and have to keep it like that for a period of time to see if it becomes easy or if there’s niggles there that just doesn’t go away. I’m already feeling like it works well, but time will tell. It’s kinda new to do this although it uses tried and true methods in there, I build on top of that to make something more useful.

Anyway, I’ve recorded this video to show and explain the setup. I actually also consider making a build available for anyone to try out, considering basically what you see in this video is what you get. There’s no game here, no menu, no nothing. Also might be interesting to know if Vive works. I think the setup should work as generic but since I can’t test it, I don’t know. The art style of this is really cool. I think the polygons flying off the enemies when they get hit is the perfect touch. Looks fun.

The controls seem like they might take some practice, since they’re a bit new to how we play… But then again, they said that about joysticks too when they first came out.

Interesting concept for sure. Look forward to seeing an optimized version of this.

Thanks for the comments, yeah for sure it’s about “getting used to it”. but it’s only really a small amount actually.

There’s some similarities to conventional controls. This is about experimentation really, trying to find something better than… teleporting… which i’m just not that big a fan of. I don’t really consider VR sickness in this. If you get sick by artificial VR motion, this will not make it any easier on you, although it might be slightly easier than pure controller or mouse input if you used the “snappy” system.

So, I’ve done some small updates… etc. It’s not hugely different from before, more just to button up some things because I want to make it public. Consider viewing this video is quite different from the VR side. Just like any VR “experience”, when you see a video it’s not actually what it is, it can only show a certain expectation. But anyway, my videos are mostly to explain my thinking behind it, explain the controls and I’ll hopefully get a “demo” up soon to try out and it would be cool to get some sort of idea what you guys might think. Even if you had a Vive, it would be cool to know if it actually worked.

Anyway, here’s the video, sorry it’s kinda boring like the previous one…

but yeah, I wanted to make sure it’s fairly clear what’s going on there and what to expect from this. 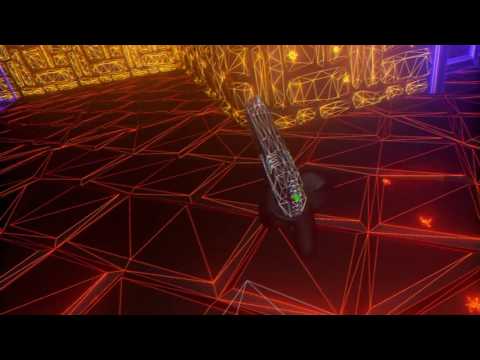 Ok, so here’s a playable version…

I want to make it clear that it’s not a game, it’s really just an experiment for a control scheme. My videos explain everything in pretty good detail, my thoughts on what I did and why in some cases. Just want to make clear not to expect a lot of game play of any sorts. You can walk around and shoot some guys. There is no menu, start the game up and you’re in there, if you want to quit, just exit through the console, or close the window. This is purely a test.

I would really appreciate anyone trying it out maybe drop in and leave your thoughts. I feel like this is a step into… SOME… direction for a playable FPS control setup in VR with actual gun play, not mouse/keyboard gun play. I do caution against possible motion or VR sickness. This is NOT a setup to combat that, this is for people that can handle VR motion and want something more useful than teleporting around.

With that said, I’d also appreciate anyone with a Vive trying this, I’d really like to hear back because I don’t have the means to test Vive and I’d like it to work just as well. The theory is that it should work ok, but I really have no idea. Also, currently I don’t have the Vive controller model implemented so you will see the Touch controller. But I’d like to add that as well.

The deadzone rotation was a little too much and felt very aggressive, maybe have the rotate blend into the rotation speed
180 is nice
Having forward facing arrows was great especially good considering I was playing it using front facing cameras
Like other movement setups it always feels like the player is gliding around rather than walking but I have no idea how to fix that

Chillybody, thanks a lot for your feedback, really appreciate it. My thoughts on the joystick behavior is that ultimately it would be tweakable through options. Yeah, I went fairly aggressive on it and that’s because of my own preference but every person would like it probably different. It’s like mouse speed, right?.. you want to be able to pick your sweet spot on there. But yeah, thank you, I’m glad it seems like generally you got into it. You know I agree with the floating, it’s one of those things right, it’s always been like that in FPS games. In real life your head would move up and down but also your forward motion is not linear and even if it’s subtle it makes it feel different. I could try tinker with that, how it would affect you in VR is the question but an interesting test case I think. Maybe it would even help to see your legs/feet on peripheral vision to suggest the walk rhythm. That would of course bring a lot of complication, getting feet to work correctly so they also don’t slide… etc. An interesting thing to explore none the less.

So I did a small update as a side request by someone to add a left handed control. The way this is set up right now is simply when you pull the trigger on the left controller, the gun will swap over to the left hand, and of course same for then pulling trigger on the right. It’s a pretty simple thing, nothing special to prevent anything, like you can use both controllers, or whatever. They are basically set up in duplicate. Ultimately the idea is still to only use one controller, this setup just allow you to pick your hand, with the side effect that the other hand still kinda does some stuff that may or may not be useful to you, but you just have the one gun/controller visible. I might at some point put a “ghost” of the other hand, or something like that, but it’s not important so it’s not in this.

I’ve done a little more work on this FPS project to try out and test some more input mechanisms. I’ve also made the setup now properly support room scale movement. Originally I didn’t really want to do that, I wanted to make what I call “tank controls” so movement is controlled more artificially and you can look around, but after having tried this out, I actually really like the mixture. You have full natural movement and rotation plus artificial movement and rotation layered on top.

So anyway, I’d really appreciate anybody trying this out to leave some comments or thoughts on how it works for you. I know right now it’s a bit “forced” into a specific setup, it’s all for testing purpose right now. The idea that there will be choice ultimately but I’m finding mechanics as I try things out, what works, what doesn’t.

Try it out here…

Here’s just another quick video to show and explain things a little bit so if you intend to try out the demo, maybe take a quick look at the video so you know what to expect. Since there’s no menu, it won’t be clear what’s what… 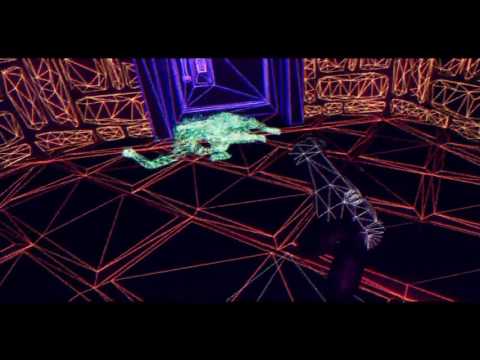