Can you show me how you have this set up right now?

Thank you for looking at my question. Just trying to send you some information. Having some issues uploading files to this answer hub. Won’t accept zipped folder i sending at moment. Also first tried sending the project was to big. Now trying to get some screen shots, won’t be long.

Sorry I posted a reply to your question and it has dissappeared twice now :(. Will try again to upload a few screen shots.

In this first screen shot, you may notice the character is very far forward. This is near the end of the blend space. When the animation is complete it is set in the distance again. This cause the character to seem to move forward then jerk back while running. I really need the animation sequence to just run on spot so when i add the speed variable to the movement it is the only thing that determines where the animation is. Currently both variable and the actual animation is effecting where the mesh is resulting in the jerking movement on reset of cycle. 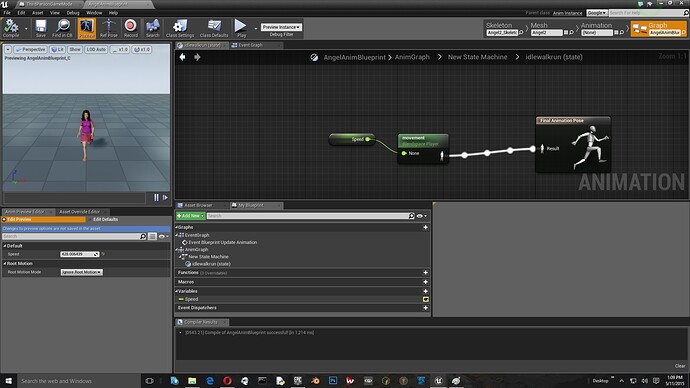