Which UE4 versions are you supporting?

Hi, good work Sander…
the project is a blueprint “Bp_Fire_grid_manager” I did not understand what is, can you help me?

For the propagation of the fire you’ve entered a blueprint “Bp_Fire_voxel” to avoid putting several of BP get a propagation effect, is not convenient to create a grid that detects collisions object and propagates throughout the greatness?
I hope I was clear with my bad English…

Which UE4 versions are you supporting?

Hi, good work Sander…
the project is a blueprint “Bp_Fire_grid_manager” I did not understand what is, can you help me?

For the propagation of the fire you’ve entered a blueprint “Bp_Fire_voxel” to avoid putting several of BP get a propagation effect, is not convenient to create a grid that detects collisions object and propagates throughout the greatness?
I hope I was clear with my bad English…

Wel as mentionned in the user manual it was a wip, i mainly wanted to try and generate the voxels, short term it’s better to place them manually (that’s why i did it like that). I left the bp in there for people that want to try and build further on it :).

Purchased this - nice work! You did a great job, actually, I’m surprised. It’s not that often we see some quality come out of the marketplace (or forums). I mean, generally, its a copy/paste and hack job that cant be added, or, breaks everything when attempting to add. Some really bad methods used in the marketplace …

you did a fantastic job!

I purchase it, great job, thanks a lot.

I always thought that foliage in most games could use some love.
I found out that there weren’t that manny foliage bending examples out there, most seem to resort to Shaders,
which does not look good on larger foliage types.

Based on jonas Molgaards tutorials and jean-Francois Levesque’s paper i managed to create a set of folliage systems.

Currently i’m working to release the project files along with a paper on how my thought process was along the way via gumroad.
If there are any questions, feedback,… please post it below! 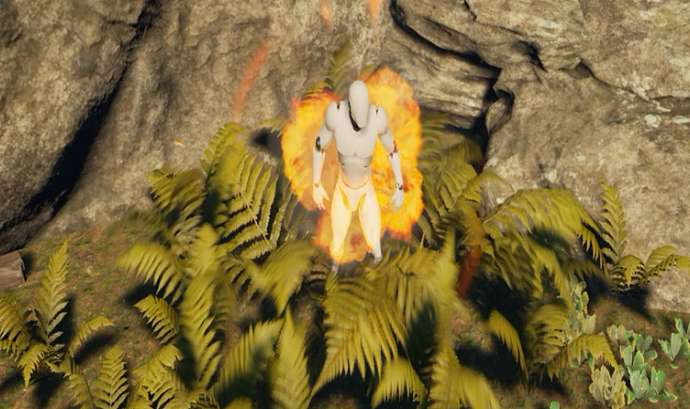 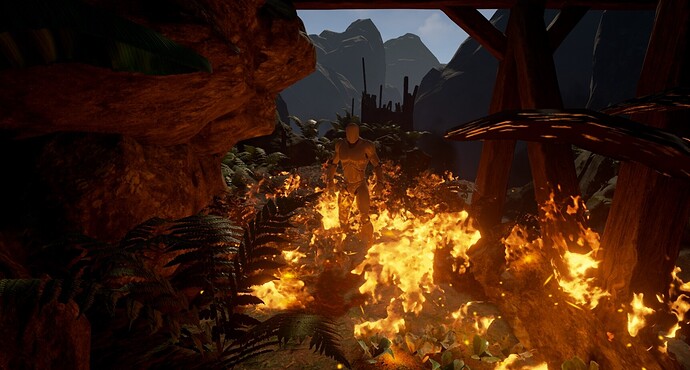 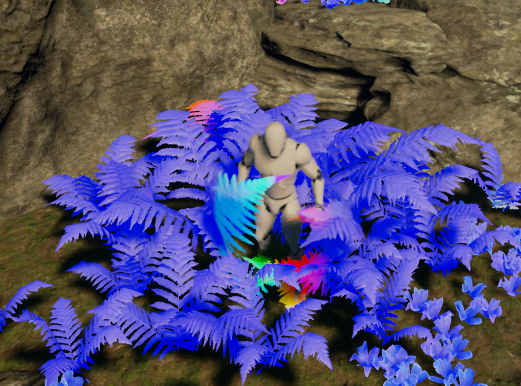 Great when it will upload this content to the market of unreal engine 4?

Two things …
Can I update my existing foliage in my level without “updating them” - without deleting and placing foliage with unreal tools again
And
Can I easily add damage and dismemberment when grenade explode near foliage ?

hello! i bought this on gumroad but it has compilation errors, it doesn’t work. can you fix it or issue a refund?
the bad blueprints are: bp_banana_burned and bp_fern_burned

hey that’s pretty cool!
I wish someone would make an example on breaking like a leaf off as you walk by.
I haven’t seen anything like that

hey that’s pretty cool!
I wish someone would make an example on breaking like a leaf off as you walk by.
I haven’t seen anything like that

easy to do with my addon and a properly created phat asset set to breakable.
I have never seen this stuff before but I would assume it is also based on the mesh having a PHAT asset which means you can easily configure it.

Additionally you could create a niagara particle effect with the leaves falling and apply it to the tree blueprint.

or you could create a single leaf as a blueprint and paint it onto foliage objects.
gets much more performance costly, but it would allow single leaf interaction.

single leaf interaction? that would be awesome! but might have to pay for it with performance

single leaf interaction? that would be awesome! but might have to pay for it with performance

Somewhat. Rendering a non transparent plane is fairly cheap.
the “problem” is the amount of draw calls and tris per leaf.

You would definitely need to develop a way to aggregate the tree at a distance at run time to handle that.

the landscape system sort of does that already-ish. It would have to be more granular perhaps.

Obviously doing it for All the leaves on a tree is crazy. But doing it for a few that are maybe dry and need to fall is not that crazy or expensive.

The best part is that if you cause them to fall and remove the instance you are done - the instance being gone at run time means you no longer render it or know that it ever existed.

Say the leaf falls. You can freeze it where it is at. The transition system I built can do that out of the box. So you can move stuff during gameplay and it will stay put.
All handled internally by unreal’s built in foliage system obviously.

Obviously having a physically simulated leaf is more expensive then running a Niagara simulation.
The benefit is that final location is preserved and handled in all aspects…

Btw. With a little work (doing it right now acrually) you can explode the parts of a blueprint into meshes that get added onto the landscape and converted to static / become BP of their own.
I’m destroying the original instance in my case, because figuring out a way to turn it into a static mesh that matches what I destroyed is just too much…

hello there, stumbled over this some days ago and immediately bookmarked it

By the way to maybe contribute a small part, I was always wondering since nanite is a thing, anyone ever tried to not even use transparency for grass at all, but nanite and a bit more highly detailed plant models (they will still not be THAT high-poly probably)? That might actually bring the biggest performance gain. I’ll certainly gonna try within the next few days. I already cut out a lot of transparent sections on my current grass and it was running great. We might actually be able to completely work without transparent materials I can imagine… Has maybe even someone already tried? I’m certainly not thinking it through of course, not aware if that might break your system.
I sure hope I remember to report if there’s something interesting to report after I make some tests

edit: just saw this is already two years old, is there still work being done here?