I made a small introductory project to get myself acquainted to Unreal: a flight game prototype, to get to know Unreal 4 a bit.

It has a very basic flight model(based on the template), animated flappy bits and camera movement based on speed characteristics, dynamic engine effects and a machine gun, with bullets that can bounce of the surface they hit if the angle is shallow enough and a few other things. 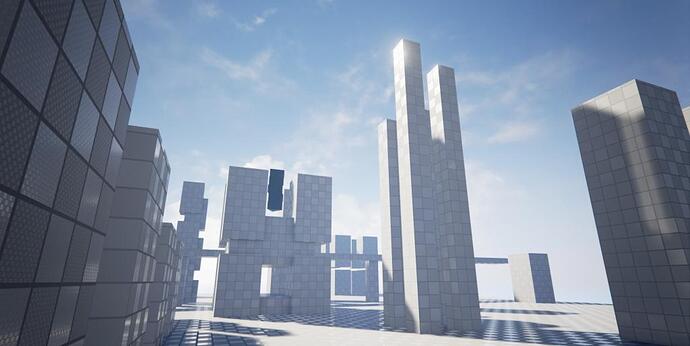 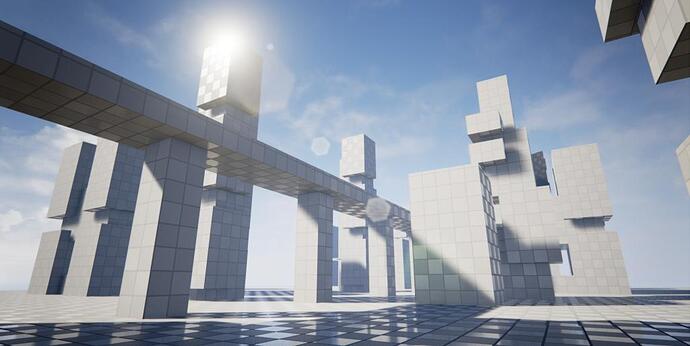 NOICE! that’s got a great look to it. Super slick.

Looks very good so far, do you have or are you planning to have a collision system?

Is this going to be a dogfighting game within the cityscape? That would be intense!

@CharlestonS
The plane model has a single low poly collision mesh and any collision with the environment is treated as terminal atm and the plane is respawned so no interesting collision interaction so far. It would however be a lot more interesting to do some sort of component damage/“simulation” that also affects the flight model and adds visual damage as well.

@Adam Davis
Yep the original idea was to make a dogfighting game that forces you to stay under the skyline and keep you on your toes the whole time fighting is going on. I did look at mp briefly but had some issues with replication and as I only had a couple of days to do the implementation for a presentation so I decided to leave it for the time being. But I am very interested in getting it working properly. I am also keen on (semi)procedural building/structure creation so that is a thing I’d like to try out.

Nice , camera work reminds me of Just Cause 2 , anyway that is very nicely done , good job