I have a question for you guys who are good with the Animation blueprint. I am not, I have almost zero experience with it, so if you guys can help, I would be grateful

The FirstPersonCharacter for my game has a ThirdPersonAnimBP. This was done because it was simply the easiest to do. It might’ve been stupid in hindsight, but I don’t know that for sure yet.

And I got to the point where the tutor drags 4 boolean variables from his Cast to ThirdPersonCharacter → As Third Person Character. I’ve tried it myself, but it did not show the booleans with the Target on the left side of the variable, it just shows them like regular booleans. Please see picture below. 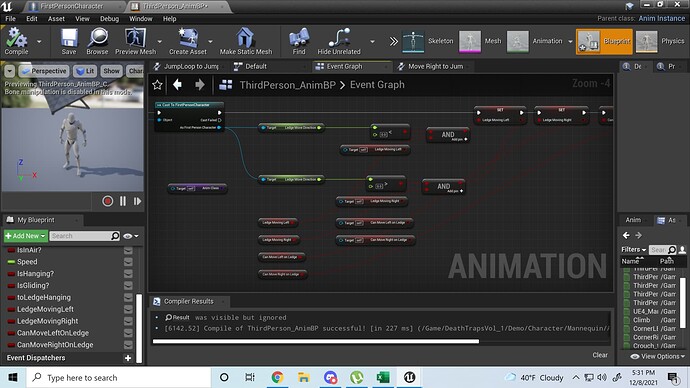