Here are some WIP screenshots of the introductory segment from my game. 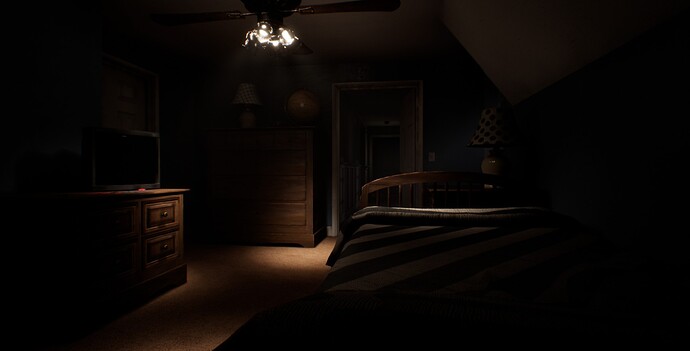 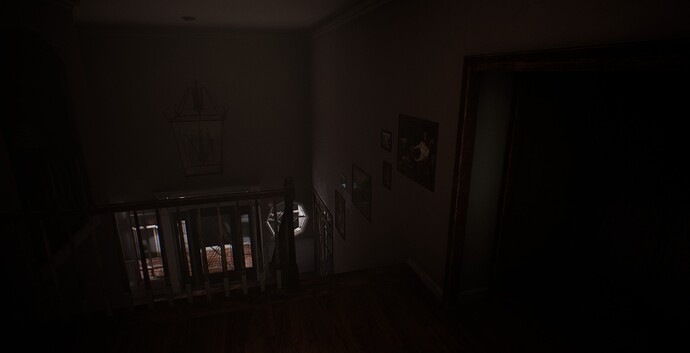 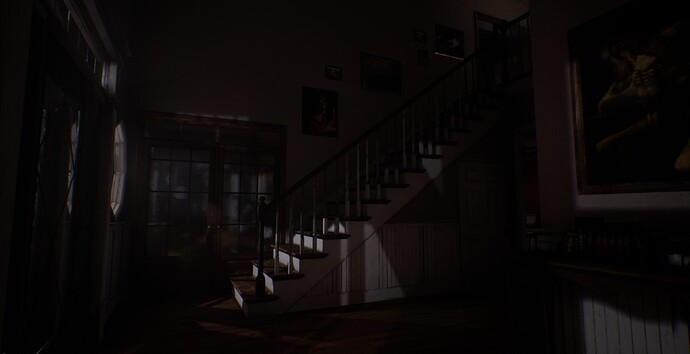 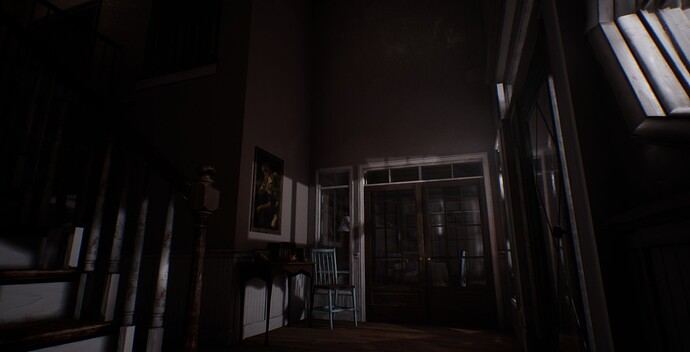 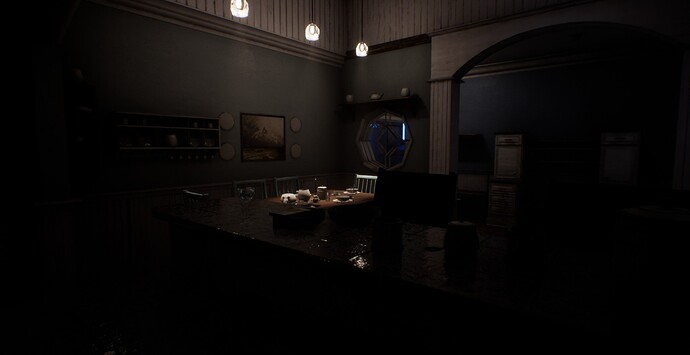 As the game progresses out of the introduction, the environment will become more obscure. I like the idea of players having to draw their own maps to keep track of things, instead of being handed one in-game. For this reason, while the environment will be arranged with little more reason than to confuse the player, it will have easily defined areas (House, Cavern, Drainage, etc) that can be recalled to some detail simply by seeing a marker they drew on a map.

The Horror Element
I don’t like jump-scares. All horror elements are fit into three categories:
Active: AIs that attack the player and if they are not evaded a game-over event will be the result.
Passive: Do not trigger game-over events, but may be reactive to the player’s actions. These are the apparitions and such that exist in the level, but do not directly threaten the player.
Ambient: Environmental elements that mostly serve to build atmosphere. Subtle noises, rocking chairs that move on their own, pianos that play, ghosts, etc.

Additional Gameplay Notes
Players will need to solve minor puzzles, scale the environment, and move objects out of and into the way to progress.

Asset Production
I work alone, so if I intend to finish my project I need a workflow that allows me to rapidly produce assets with visual consistency and to make any improvements later without having to completely redefine an asset.
To accomplish this, I use Substance Painter to produce a greyscale mask, which I then bring in to Unreal to define wood wear, worn paint, roughness. 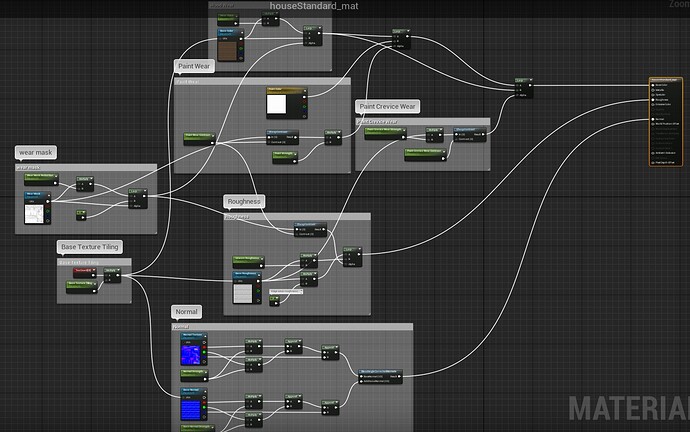 All I have to do in Substance Painter is create a black fill layer and a white one too, then apply the Smart Mask I made at the start of the project. The mask needed to be stronger than the desired level of wear because it can very easily be reduced in the Unreal material.
The result: 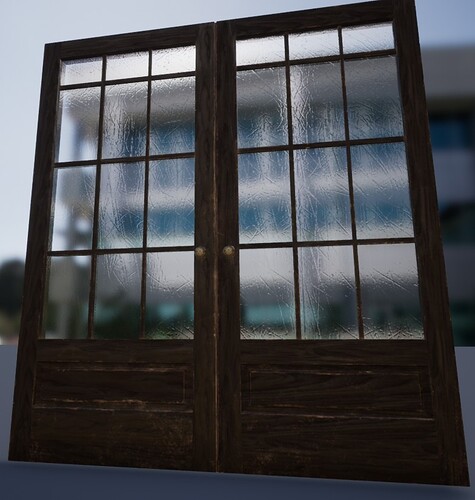 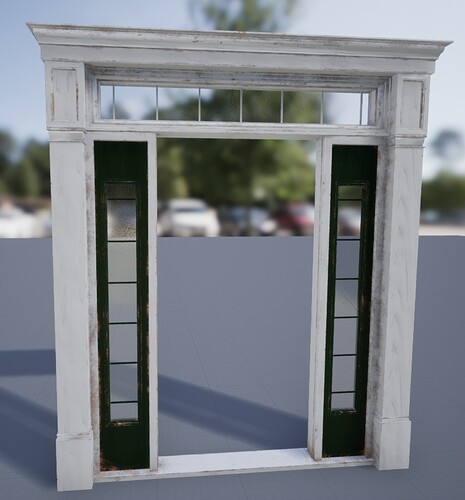 The Project’s Origin
The project began as a simple side-scroller I made in GameMaker for an Introduction to Game Design course some two to three years ago. The player had to push boxes to reach ledges and evade the antagonist.

The first antagonist is currently being made for the first scripted encounter.

And the low-poly model:

It looks great ! Keep it

I spent the last two weeks learning Substance Designer and building a texture set to replace some of my old image-based textures. It’s a lot of fun. 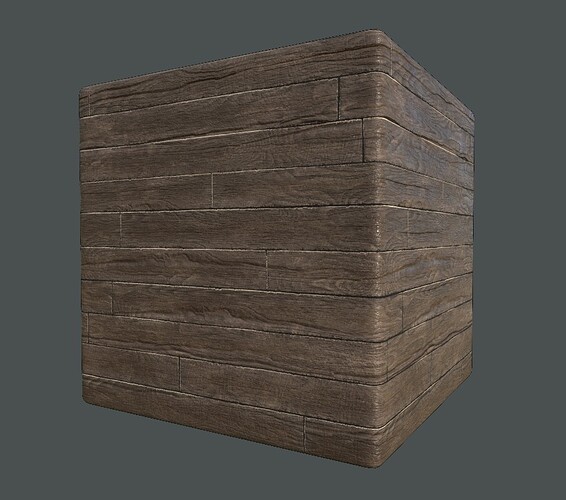 The full texture set, graphs, and in-game screenshots can be viewed on my ArtStation post here:
https://asserius.artstation.com/projects/Xra3l
Soon I will post a short trailer that will show some gameplay and a bit of the introductory level.

Posted the first work in progress gameplay showcase of the introductory sequence: 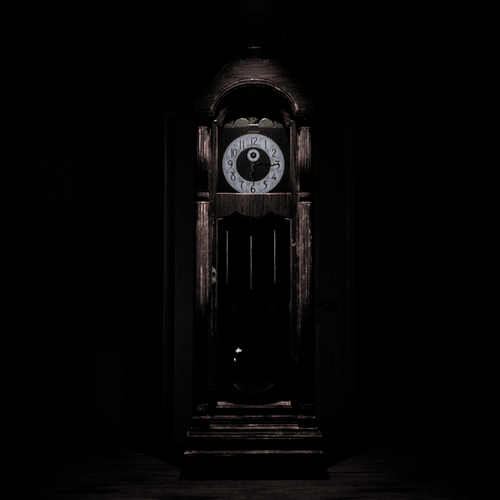